(Boston) Project Veritas attorneys Benjamin Barr and Steve Klein have received word from the United States Court for the District of Massachusetts of its victory in Project Veritas Action Fund v. Conley. The lawsuit filed against the state argued that the Massachusetts law prohibiting the secret recording of public officials was unconstitutional.

“Project Veritas has made First Amendment history. With the summary judgement in this case being entered in our favor, PVA v Conley becomes the first case in United States history to hold that secretly recording government officials is protected by the First Amendment” 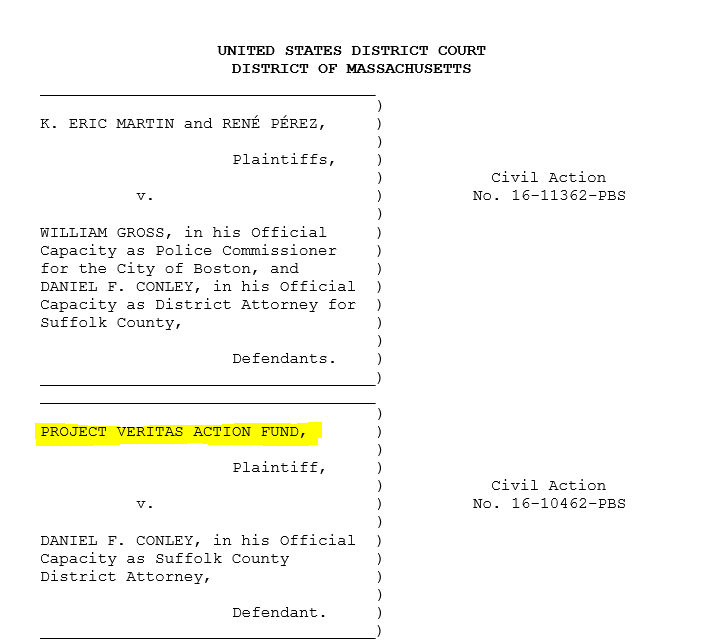 The unconstitutional law, enforceable in Massachusetts since 1968, allowed for a felony conviction for up to five years in prison, and a $10,000 for the secret recording of a public official.

The Court explained in the judgement that “audio and audiovisual recording are uniquely reliable and powerful methods of preserving and disseminating news and information about events that occur in public. Their self-authenticating character makes it highly unlikely that other methods could be considered reasonably adequate substitutes.”

The Court agreed in the judgment that secretly recording government officials is a “basic, vital, and well-established liberty safeguarded by the First Amendment.”

“Veritas’ win demonstrates that undercover reporting is protected just as adamantly as ordinary reporting under the First Amendment, allowing it to continue to deliver important news to the American public.”

Project Veritas is aware of other states with similarly prohibitive recording laws.