[WESTCHESTER, N.Y. – Jun. 1, 2021] Project Veritas Founder and CEO James O’Keefe issued a video response regarding the organization’s ongoing defamation lawsuit against The New York Times today, after the Old Gray Lady asked the court to delay the discovery process by filing a Motion to Stay.

This motion would effectively postpone Veritas’ efforts to ascertain the truth of the case, through videotaped under-oath depositions of New York Times employees involved in the matter. Included among them are reporters Maggie Astor and Tiffany Hsu. 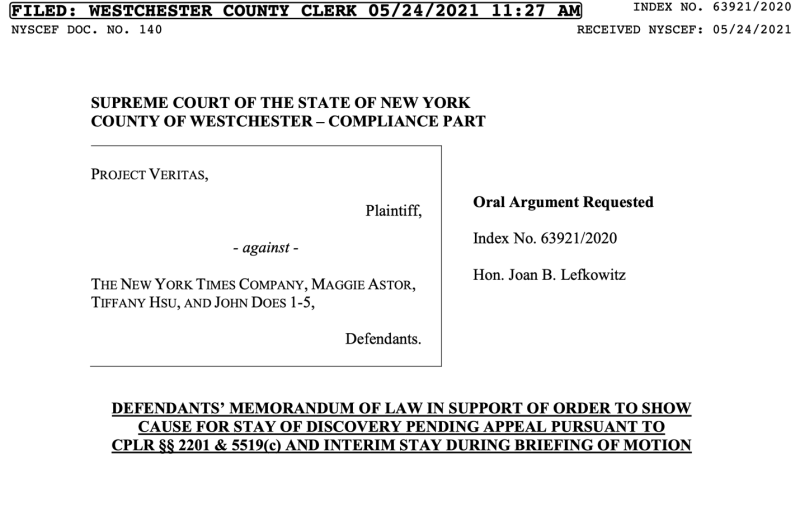 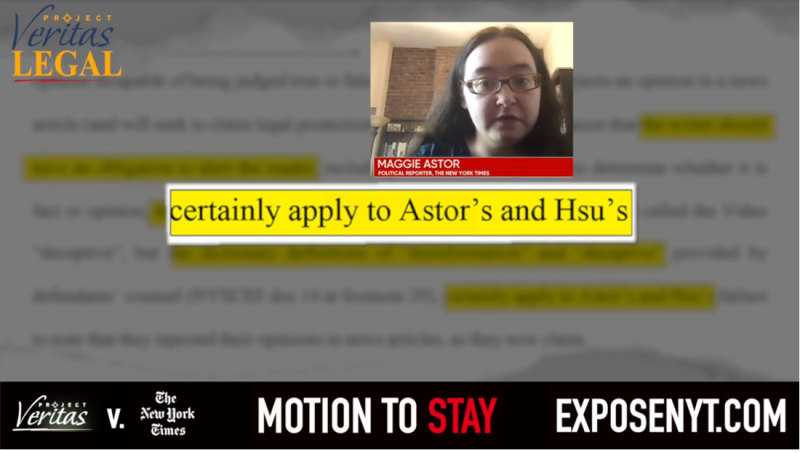 This is not the first major impasse Project Veritas has faced during its ongoing legal battle with The Times.

After achieving a historic victory by defeating the “Paper of Record’s” Motion to Dismiss, the defendants have done everything in their power to delay discovery.

As part of its 16-page motion and memorandum, The Times argued, “there is no claim that Project Veritas is incurring ongoing damages.”

The New York Times omits, however, the many millions of readers to which the article in question was disseminated -- through third parties such as Facebook and other Big Tech entities -- while also failing to point out that the original piece has yet to be updated.

The Times continues to make these types of arguments, even after The New York State Supreme Court called them out for claiming their article was merely opinion while serving it up to the public as fact.

The newspaper also argued, “denial of a stay here will prejudice” the New York Times by, “effectively making it impossible for them to receive the full relief they seek on appeal, namely dismissal, without the substantial cost and burden of discovery.” 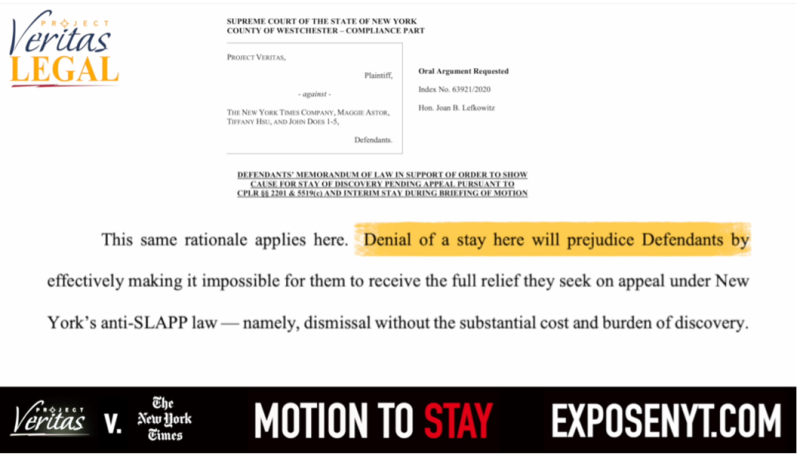 Following filming of the video above, a New York State Supreme Court Discovery Judge issued an order temporarily delaying discovery until The Times’ motion can be ruled upon. But these frivolous arguments and attempts to delay the inevitable will not stop Project Veritas from exposing the truth.

Veritas will continue to fight any attempts at delay and plan to file an Opposition to this Motion on June 14, 2021. 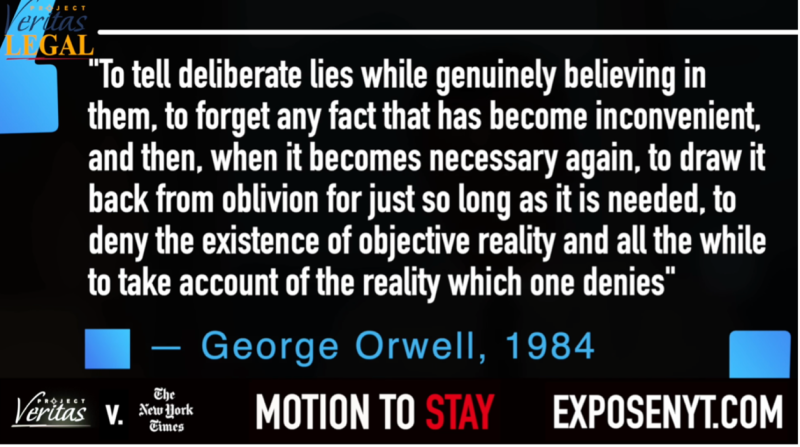 Be Brave. Do Something. Project Veritas encourages anyone who is witnessing corruption, fraud or waste within the media, Big Tech or other public and private institutions of power to send an encrypted message on Signal: 914-653-3110 or email VeritasTips@protonmail.com.