[ATLANTA – July 14, 2021] CNN has filed a Motion to Dismiss the defamation lawsuit brought against it by Project Veritas after network anchor, Ana Cabrera, falsely stated that Veritas had been thrown off Twitter as part of a crackdown on “misinformation.”

In February, Cabrera tweeted that the Project Veritas account on Twitter had been booted off the platform for supposed privacy violations regarding a failure to blur a house number during an interview with Facebook’s VP of Integrity, Guy Rosen. 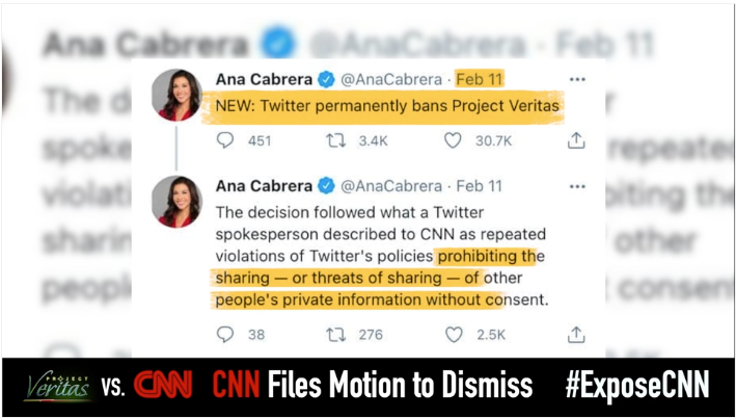 Days later, however, Cabrera appeared on CNN and stated the reasoning behind the ban had to do with a “crackdown” on the “spread of misinformation.” 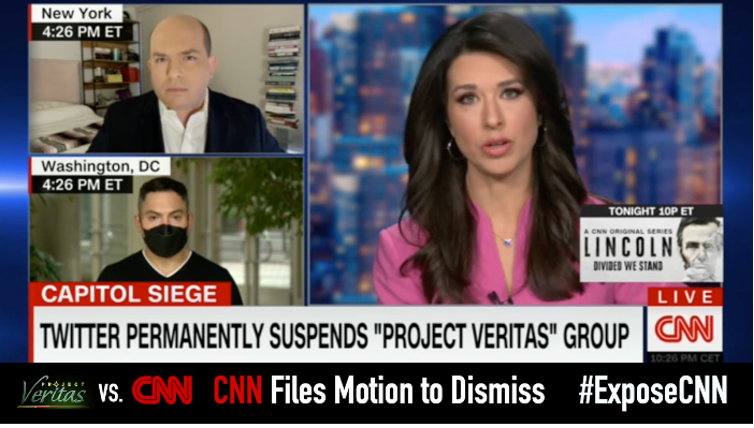 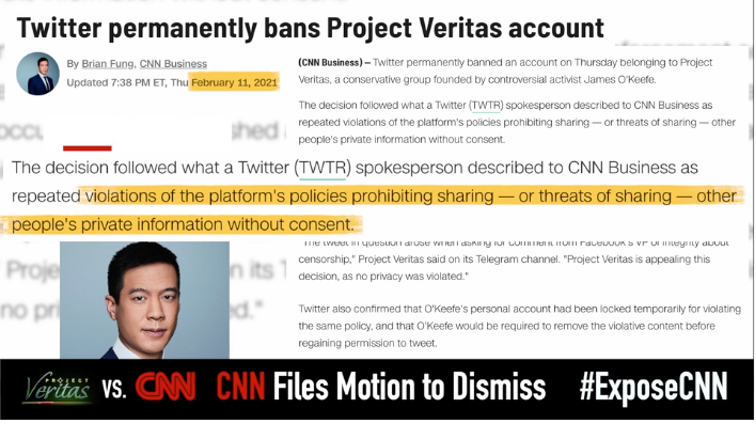 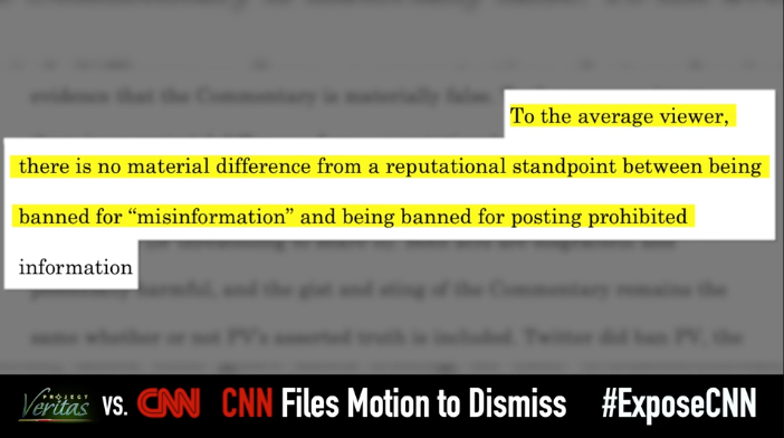 CNN is arguing that being tagged as “misinformation” and being tagged for briefly failing to blur a house number are the same thing in the eyes of the average news viewer and, therefore, no harm was caused to Veritas and the case should be dismissed.

The network, whose tagline is “The Most Trusted Name in News,” also claimed Cabrera was misquoted and was simply trying to provide context to a “broader story.”

“[Twitter] suspended us for telling the truth,” O’Keefe said. “A truth which CNN admits in this Motion was ‘prohibited’ for perhaps being a bit too true. Where are you CNN? Why aren’t you confronting Facebook vice presidents about their censorship? Why aren’t you reporting news the public has a right to know?”

He concluded, “We’re suing because CNN defamed us by saying our suspension was the result of a crackdown on ‘purveyors’ of misinformation. You made that up. Now you’re having to answer for what you made up. So, do you still think CNN has earned a Motion to Dismiss? Well, I guess we’ll find out. Stay tuned.”