[NEW YORK – June 28, 2021] Undercover journalists working for Project Veritas have discovered potential acts of electioneering -- attempts to sway the decision of voters on Election Day within 100 feet of the polling station – in the Democratic primary for the Mayoral race in New York City.

Two polling station workers, Rafael Rivera and Latishia Norman, were caught on tape appearing to violate state law by offering their opinions and personal views regarding specific candidates who were on the ballot for Mayor.

Rivera recommended Dianne Morales to a Veritas undercover journalist, while working at a Brooklyn polling station -- and he also made the case against frontrunner Eric Adams. This all came before Rivera admitted he isn’t supposed to share personal views with the voters.

“[Eric] Adams is a person who is chairman of the board and hasn’t done anything about all that is going on. You know. I’m going with the Latina,” he said. “I’m conservative but she has all the five points. Demolished Eric [Adams] too at the debate. She demolished him there. When she told him he was president and he hasn’t done anything for the borough, for Brooklyn.” 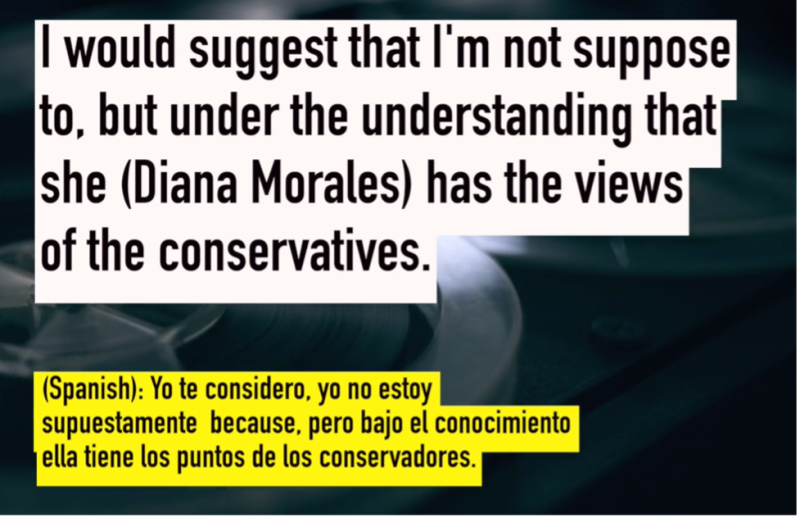 Rivera was so committed to engaging with voters, he continued offering his opinion even after our journalist directly asked him who they should vote for.

A different undercover journalist conversed with Rivera and asked who he thought they should vote for. When the Veritas reporter mentioned Morales, Rivera responded, “that’s good.”

Another incident of potential election violations was uncovered at a polling station in Washington Heights, New York – where a Veritas undercover journalist obtained tape of a Clerk and Poll Worker Latishia Norman, telling them she voted for Eric Adams. 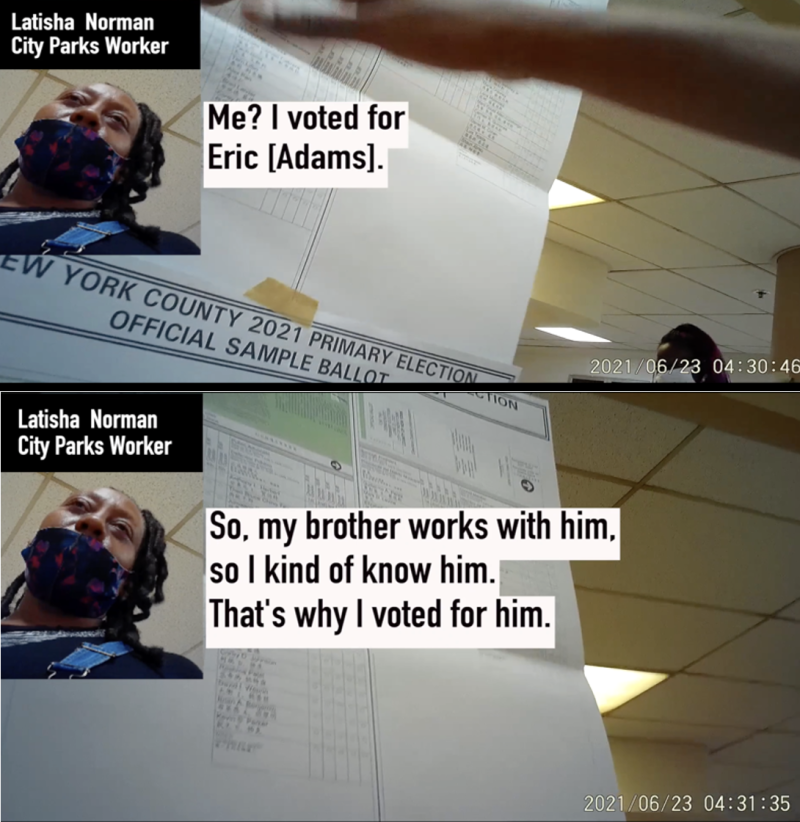 At first Norman says the ultimate choice is up to the voter, however, she then goes on to say her observations are only an “opinion” – even though she is not supposed to be sharing that opinion with any of the voters.

Scott A. Bradley, a poll worker who was also featured on the tape, confirmed the fact that poll workers are not allowed to share advice whatsoever on which candidates voters should cast ballots for. 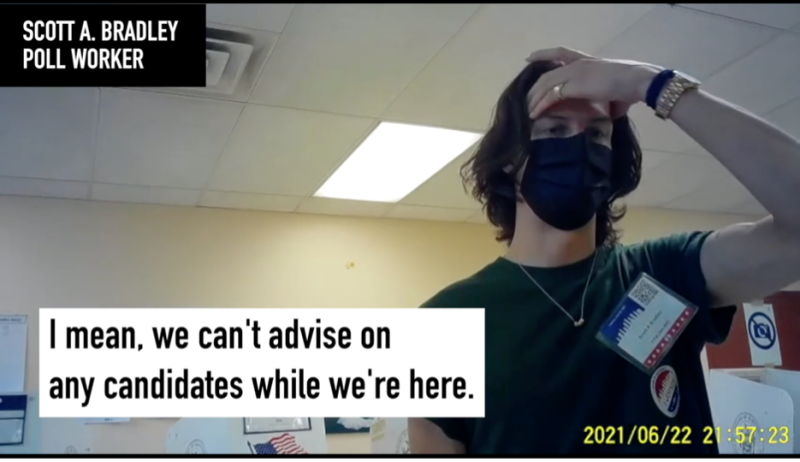 Following these events, a Project Veritas journalist confronted Christina Tejada who serves as the Site Coordinator in Bushwick, Brooklyn.

When asked about Rivera’s behavior, Tejada quickly said he’d already been terminated from his post earlier in the day as a result of reports detailing his potentially illegal actions. 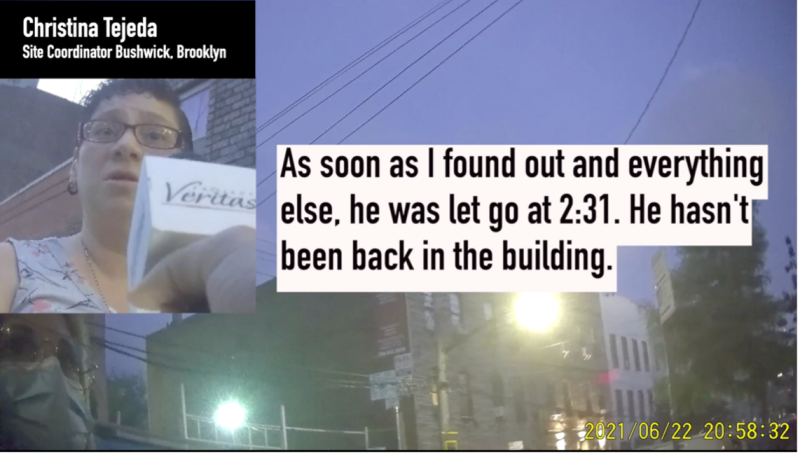 “As soon as I found out an everything else, he was let go at 2:31,” Tejada told Veritas. “He hasn’t been back in the building.”

Be Brave. Do Something. Make your stand. If you witness fraud, corruption or waste within the government, media, big tech, politics, or other institutions of public and private power, send an encrypted message to our Signal: 914-653-3110. Or email us at VeritasTips@protonmail.com