A decade ago, I was experimenting with an “old” genre of journalism.  It was a merger of Andy Bichlbaum’s agitprop street theater group “The Yes Men,” meets Mike Wallace meets Borat.

After combining ideas from Tom Wolfe’s “Mau Mauing the Flak Catchers,” Saul Alinsky’s Rules for Radicals, and studying Hunter S. Thompson’s work, I was inspired to change the world. This strange brew of inputs ultimately lead me to undercover investigative journalism. Rush Limbaugh would later describe what we do as “getting them on video tape being who they are. Therefore, no explanation is required.” This new frontier of journalism became my life’s work.

It started in college with a Gonzo campaign to ban the breakfast cereal Lucky Charms from Rutgers dining halls because it was an “affront” to Irish-Americans everywhere. Later, my gang of merry pranksters headed to Boston to ask citizens if they would “Adopt A Loving Gitmo Detainee.”

But what ultimately created the movement that would become Project Veritas was a Facebook message from an inspired young woman I had never met. After a string of messages, she stated almost as an afterthought, “P.S. have you ever done undercover stuff with ACORN housing?”

To be honest, I didn’t even know what ACORN was. 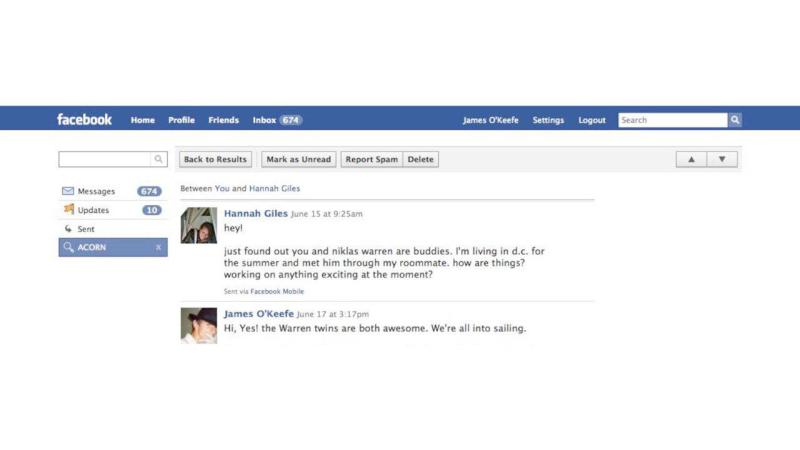 The Start of ACORN Exposed

There’s an unwritten rule in journalism you are not supposed to investigate organizations that “help people.” But after reading about ACORN corruption cloaked with good intentions, we decided to investigate how far their willingness to break the law would go.

The job fell to 20 year-old scantily clad Hannah Giles and I, then 24.  She would play the part of the prostitute and I the pimp.  Together we would bring down ACORN and expose the corrupt mainstream media.

It lead John Stewart of the Daily show to declare: “You’re telling me that two kids from the cast of High School Musical 3 can break this story with a video camera and their grandmother’s chinchilla coat, and you’ve got nothing?! Investigative media – where the hell were you?” 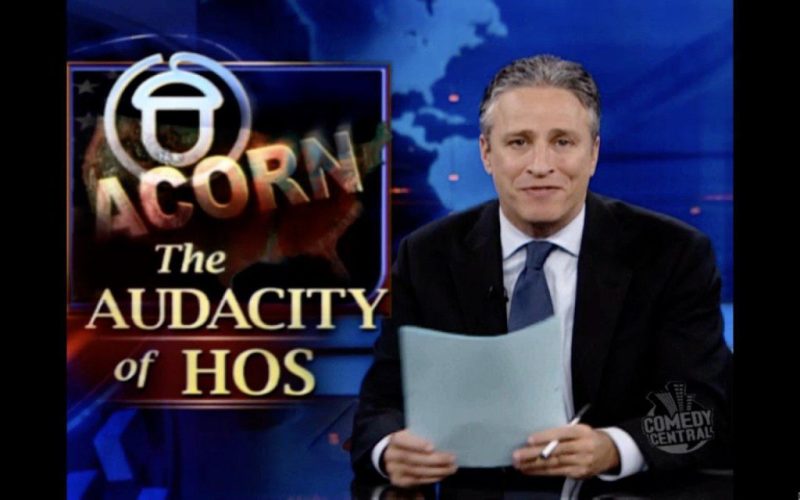 For two months, Hannah and I visited nearly a dozen offices around the United States playing the role of a pimp and prostitute, eliciting statements from various ACORN workers about an outlandish situation involving 13 underage El Salvadoran prostitutes.

Time after time, ACORN employees gave Hannah and I advice on how to evade tax law, avoid the police, bury the illicit money it the ground and declare the underage sex workers as “dependents” on our tax returns. 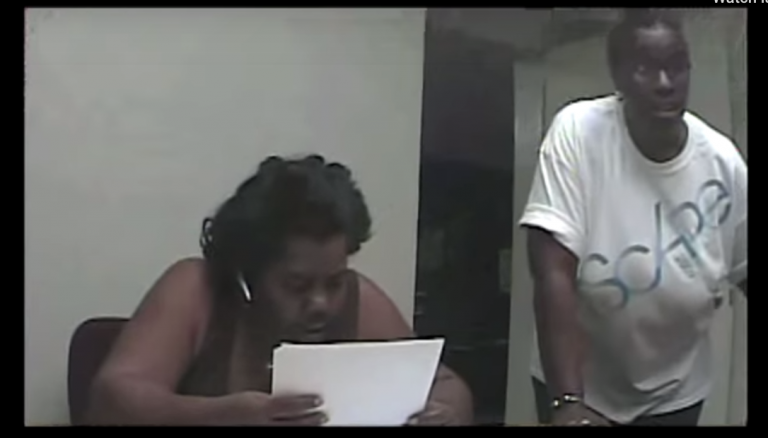 I was so broke we bought our props from a dollar store. I didn’t have a car, so I borrowed my sister’s beat up 2001 Grand Marquis.  I took the Chesapeake Bay Bridge route to Washington D.C. simply because the tolls were a few dollars less than the shorter drive on I-95. 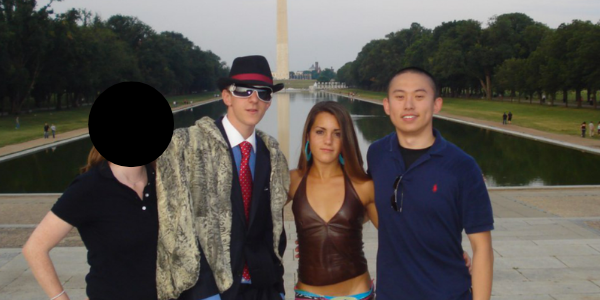 After Baltimore, we knew we had something . . .

Tanja Thompson, Baltimore ACORN Worker: “Independent artists, you could be that. Your business is a performing artist, so stop staying prostitute.”

We were shaking with excitement when we watched the footage in my sister’s old car. But we didn’t quite know where to go with the story. Instinctively, I knew the mainstream media would not cover it…but who would?

I didn’t have many connections, but one lead to a man who would change my life, Andrew Breitbart. He had a penchant for publicity and knowledge on how to ‘hack the media.’ 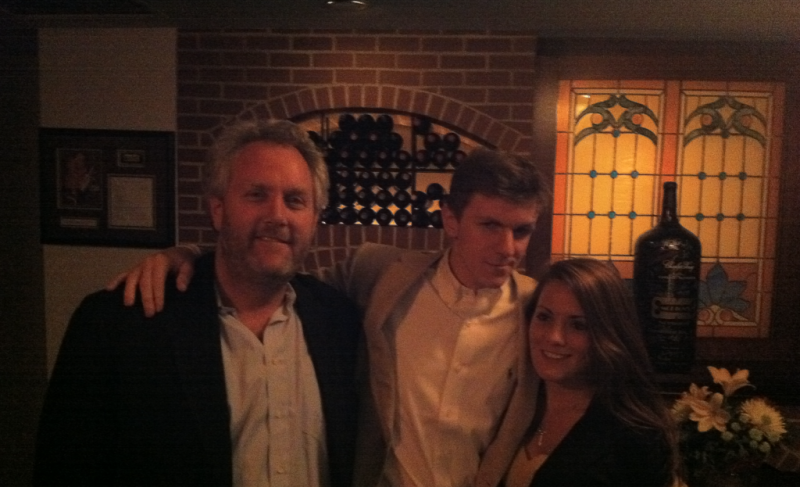 When I showed Andrew the clips on my barely functioning ACER laptop , his immediate response was, “This story will embarrass The New York Times.”

“History,” (i.e. Google and Wikipedia) does not do justice to our elaborate video release strategy. We had anticipated the response of the first release, “one rogue employee.” Predictably, the talking heads on television played right into our hands. A CNN pundit stated on September 10th, with no evidence,“[t]his film crew tried to pull this sham at other offices and failed.” What they didn’t know was that there were half a dozen more bombshells to come.

From September 10th, 2009 through September 16th, we fought with people that buy ink by the barrel, using a Chinese water torture” video release strategy. At first glance the story seemed to be about corruption in a quasi-government group. But in the end, what the story really exposed was how the mainstream media had abdicated their responsibility to be a free and independent press. They were now in the news suppression business.

With their tail between their legs, the New York Times did apologize on September 26th in a piece entitled, “Tuning In Too late.” The managing editor admitted having been “slow off the mark.” The Times ombudsman criticized one of his own reporters for leaving out important facts.  Brooklyn was the third office we visited, where an ACORN employee told us to bury our ill-gotten gains in a tin can in the ground and “put grass over it.”  The Times ombudsman chided the reporter, “I think he should have included New York.” 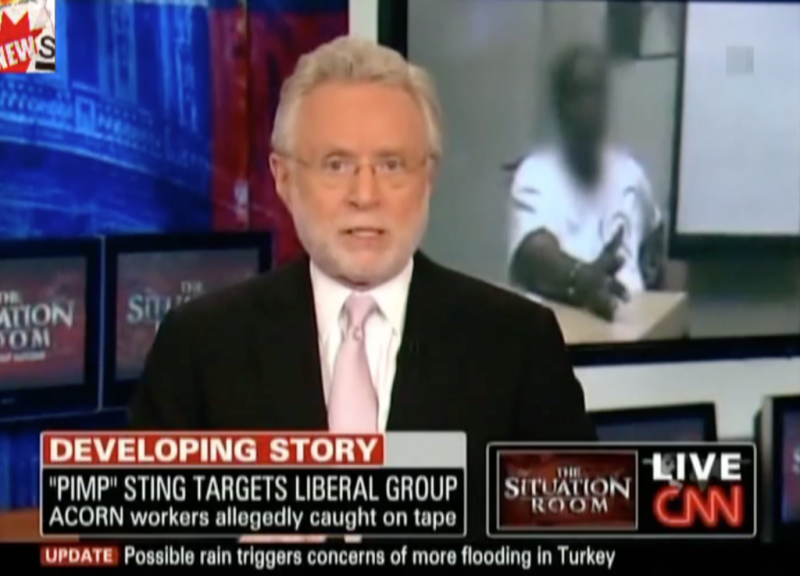 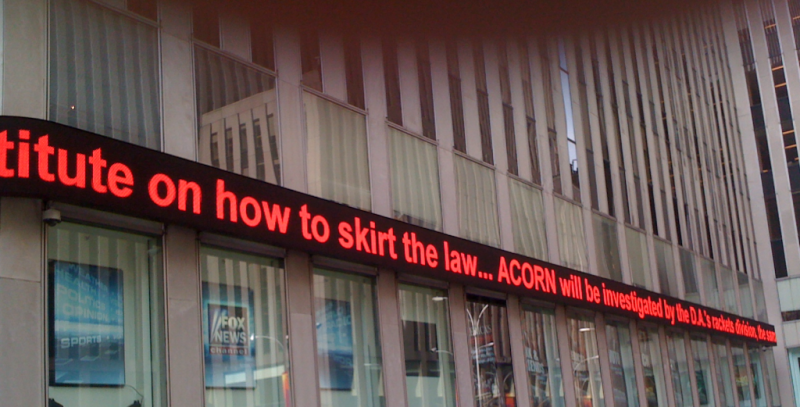 News Ticker Outside of Fox News HQ In Manhattan

The day the Brooklyn tape dropped, the Senate voted 83-7 to defund ACORN. The righteous indignation brought by the tapes created a sphere of political consensus unheard of in Washington.

One Beltway reporter described “The stunning, total defeat of ACORN” as “truly an extraordinary series of events.” It was “an important moment in the development of alternative media sources, and official Washington responded before most of the establishment press did.” President Obama, signed the bill stripping ACORN of federal funds passed by a Democratically controlled House and Senate. I’m not even sure the Republicans have the will do that either then, or now.

There was no education or preparation that could have prepared me for the tsunami that followed. I lost 10 pounds on my already gaunt frame in the first week. I barely slept. 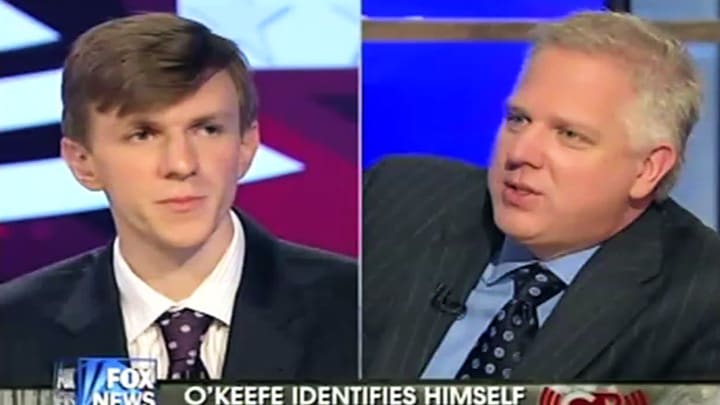 In the ensuing days, government organizations like the IRS and the Census Bureau cut ties with the organization prompting an avalanche of headlines. The cultural significance of the story was memorialized in episodes of South Park, The Jay Leno Show and the Daily Show.

My fight wasn’t over. There were the 75 phone calls from CNN that came all at once and did not allow me to make an outgoing call. “Don’t pick up the phone,” Andrew implored. He warned they were just trying to personalize the story, attack the messenger and avoid the substance.

A Pulitzer Prize winning Washington Post reporter was forced to print a retraction when she suggested that our motivation to expose ACORN was race related.  She wrote that we went after ACORN because they help drive voter registration in black communities. The Post had to print a retraction which read: “Although ACORN registers people mostly from those groups, the maker of the videos, James E O’Keefe, did not specially mention them.”

Another retraction from the Post would come 10 years later, when they inaccurately reported the ACORN videos were proven “false.”

There would be a blizzard of attacks against our methods and against our editing, trying to impugn our character. The networks that played the ACORN tapes, first Fox, vetted the raw evidence. And if you’re no fan of Fox’s editorial guidelines, how about The New York Times, Their Pulitzer Prize winner, Clark Hoyt, went through all of the raw evidence and issued a devastating response to the critics:

Acorn’s supporters appear to hope that the whole story will fall apart over the issue of what O’Keefe wore: if that was wrong, everything else must be wrong. The record does not support them. If O’Keefe did not dress as a pimp, he clearly presented himself as one: a fellow trying to set up a woman — sometimes along with under-age girls — in a house where they would work as prostitutes. In Washington, he said the prostitution was to finance his future in politics. A worker for Acorn Housing, an allied group, warned him to stay away from the brothel lest someone “get wind that you got a house and that your girlfriend is over there running a house of women of the night. You will not have a career.”

The videos were heavily edited. The sequence of some conversations was changed. Some workers seemed concerned for Giles, one advising her to get legal help. In two cities, Acorn workers called the police. But the most damning words match the transcripts and the audio, and do not seem out of context. Harshbarger’s report to Acorn found no “pattern of illegal conduct” by its employees. But, he told me: “They said what they said. There’s no way to make this look good.”

There was one defeat. In 2013, I settled a lawsuit with one ACORN employee, who filed a claim that I had violated his privacy rights.

Project Veritas would achieve some justice six years later when we overturned a similar privacy law in Massachusetts, where a Federal judge argued “secret recording is a fundamental right.”

Then in 2019,  a Federal Judge in North Carolina delivered a historic directed verdict in a defamation case. The judge wrote, “if citizens and the media are handcuffed by a fear of liability, that’s detrimental to political discourse, it is detrimental to society as a whole, and it is detrimental, really, to our fundamental freedom….If I’ve gotten this wrong, and the Fourth Circuit says that this is not what the law is, I hesitate to think where the First Amendment is going in this country.”

Doing undercover investigative journalism gets you flak when you effectively and devastatingly expose something. When you do investigative reporting, somebody gets hurt. But what must never be forgotten is that the results will ultimately benefit society. In a democracy, the people’s right to know is necessary if they are to make informed decisions. Legendary reporter Jack Anderson once wrote, “I seem to do my best work when everybody hates me.”

The new sacred cows are media and big tech. The plan, to investigate them. Because sacred cows like every other institution, need to be held accountable. Now is the time to act. 10 years ago, the ACORN story was a couple kids with a video camera and an idea that changed the course of history.

And that’s why, at Project Veritas, 10 years later, the best is yet to come.