BIG UPDATE: YouTube has PULLED this investigative report. A backup is available on this page.

See some of the leaked documents (some are redacted):

(San Francisco) Project Veritas has received and published documents from an insider at Pinterest. The documents, which include product code, Slack messages, and internal policies, reveal terms and websites that Pinterest apparently censors.

“The documents we obtained raise questions about whether or not these tech companies really operate like neutral platforms, as opposed to publishers with editorial agendas.”

“Somebody happened to notice that LiveAction.org was blocked…” 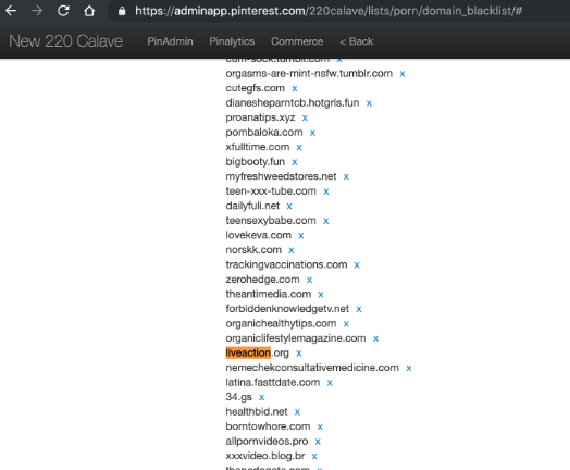 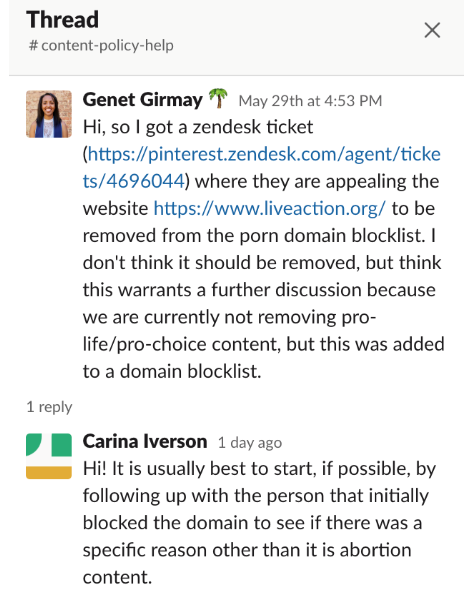 Lila Rose, the founder and president of LiveAction claims that her organization has been censored in the past, and believes that pro-life organizations are unfairly targeted by social media companies:

“Pinterest says that their mission is to ‘help empower people to discover things that they love,’ but despite the fact that millions of people love babies and the pro-life cause, they are secretly censoring our life-affirming messages. Pinterest users deserve to know the truth and our messages deserve to be treated fairly.” 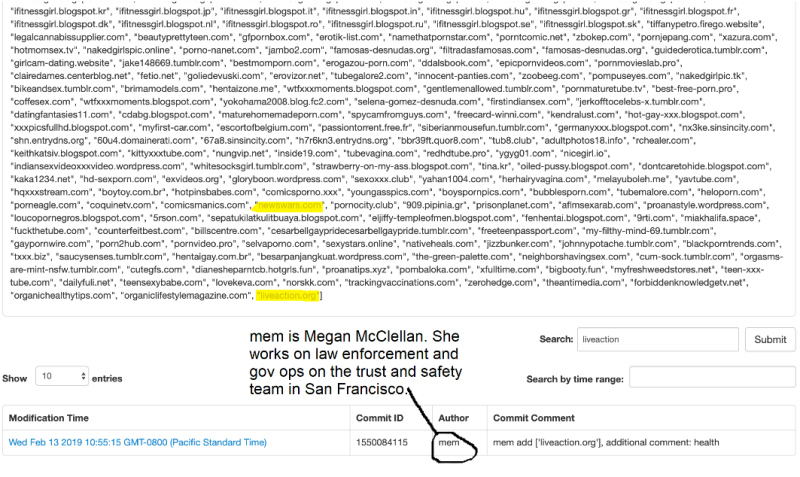 “‘Christian’ is being blocked from the auto-complete.”

Project Veritas also received a large text file titled “Sensitive Terms List.” The insider said the file contains search terms that Pinterest considers “sensitive,” and that the terms are modified in search results according to different value assignments. According to the insider and supporting documents, terms are assigned an “abusive,” “sensitive,” and “brand unsafe” value.

Some of the actions that can be taken on search terms include: blocking auto-complete results in the search bar, providing an advisory message when a term is searched for, removing the term from recommended or trending feeds, and blocking email or push notifications. Search results are also modified based on the values that are applied to terms. 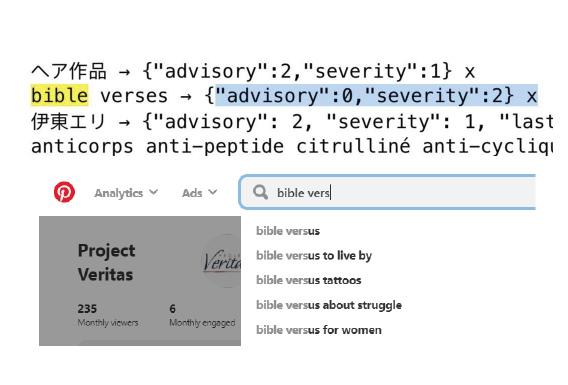 Another document Project Veritas received was a screenshot from an internal Slack channel at Pinterest, where Public Policy and Social Impact Manager Ifeoma Ozoma instructed others to monitor the platform for “white supremacist” content from individuals like conservative commentators Ben Shapiro and Candace Owens. Three days after Ozoma’s message, the terms “ben shapiro muslim” and “ben shapiro islam” were added to the “Sensitive Terms List.” 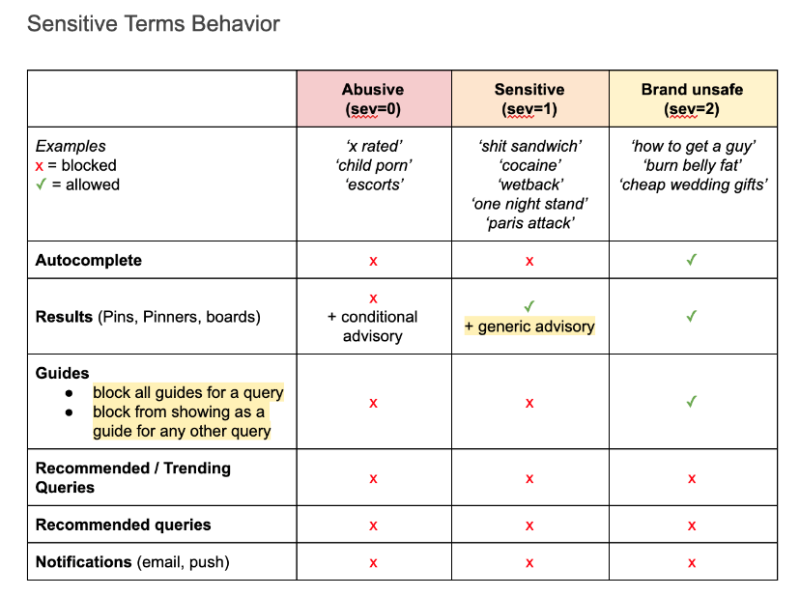 The insider explained to Project Veritas that in addition to removing content it wants to censor, Pinterest also “hides” materials from users on their home screens and search results. The insider added that there is also “silent removing,” which means the content is removed but there is no notice to the account who posted the material that it was removed.

“They consider it to be worse than ‘Flat-Earth’…”

In a document titled “A/C Privileged: Conspiracy Doc,” which the insider said lists various conspiracy theories that Pinterest monitors, Project Veritas noticed the listing of “David Daleiden/Planned Parenthood.” The description of the item reads, “Undercover at planned parenthood to ‘expose’ their sale of fetal remains.” The insider believes the record refers to the undercover video investigation conducted by David Daleiden which allegedly shows Planned Parenthood executives discussing the sale of fetal tissue for profit. Those undercover videos prompted various investigations and legal actions across the country. The Pinterest insider explained that the company removes conspiratorial content that they deem to be “harmful” from the platform.

“One person can make all the difference”