The following is a press release issued by Yonkers City Council President Liam McLaughlin regarding the recent video released by Project Veritas regarding Yonkers Federation of Teachers officials Pat Puleo and Paul Diamond: 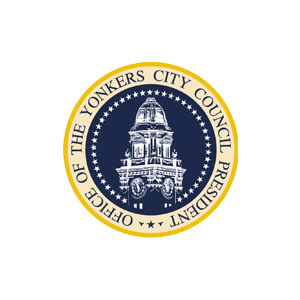 YONKERS, NY – An undercover investigation by journalists from Project Veritas has gone viral. Pat Puleo and Paul Diamond, president and vice-president of the Yonkers Federation of Teachers, were caught on tape explaining how to sweep allegations of child abuse under the rug.

City Council President Liam McLaughlin said, “There is much good that happens in our schools and many fine teachers and employees. We cannot let the actions of a few outshine the hard work and dedication of so many, but we also cannot allow a situation where a cover-up could be directed by City employees to hide allegations of child abuse, use of racial epithets, fraud and theft of honest services in the school system. We feel those responsible should resign immediately.”

A New York Post editorial from June 8, ‘A Teachers Union at Work’ makes it clear that City employees, in their capacity as President and Vice-President of the Yonkers Federation of Teachers, advised “fraud and violations of workplace rules to a man they thought was a teacher who’d hit a student.”

“Beyond the growing national embarrassment this situation has caused, we worry for both the safety of our children and the integrity of the personnel and time & attendance systems and procedures in place at the Yonkers Public Schools,” Majority Leader John Larkin said. “What kind of people would conspire to conceal child abuse and assist in covering up a teacher going AWOL for two weeks without permission?”

A subsequent Facebook live-streamed interview on June 8th by the same investigative journalists with the same individuals has only confirmed that the “theoretical” situation played out in the original video may be a regular occurrence.

“Fraud is a very serious accusation that this City Council will not abide,” Council member Mike Breen said. “Especially in light of the City’s recent budget crises caused by misassumption of funds at the Board of Education, we owe a fiduciary duty to the people of the City of Yonkers to see corrective action taken. The Inspector General must be directed to look into this right away.”

“These tapes reflects very poorly on our beloved City and its employees and they are difficult to watch,” Council member Dennis Shepherd said. “The two City employees depicted therein display blatant disregard for the integrity of our school system and do not appear to be overly concerned at the prospect of defrauding the City and manipulating the system for personal gain. This unethical and amoral behavior has now been rebroadcast to tens of millions of viewers throughout the nation. What a sad day for Yonkers.”

The YFT officials have allegedly submitted an apology letter to the Board of Education and could face inquiry from the Yonkers Inspector General. The four City Council members today said that nothing short of their resignations would suffice and vowed not to support a new contract until those responsible had stepped down.