[WESTCHESTER, N.Y. – June 24, 2021] After reaching out to NYT Vice President and Deputy General Counsel Dave McCraw, to demand a correction on a factually inaccurate article -- regarding Project Veritas and H.R. McMaster -- Veritas attorney Libby Locke saw her business partner, Tom Clare, hit with threats of having his other clients’ communications laid bare as a form of retaliation.

In her communications with McCraw, Locke addressed an article published in May about Project Veritas, which accused the non-profit journalist organization of being “activists” who “plotted” with an “ex-spy” to discredit Trump dissenters within the federal government. An assertion based entirely upon conjecture, half-truths, and cable news commentary. 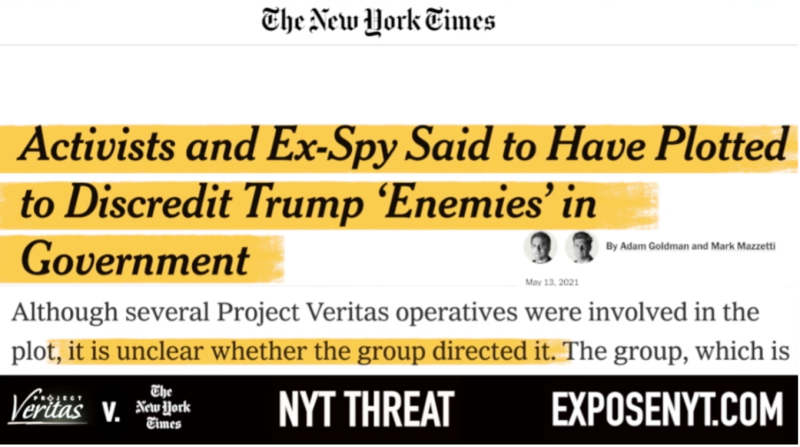 The New York Times even admitted in the piece that it was “unclear” whether Project Veritas was involved in any alleged plot. However, that did not stop two NYT reporters – Katie Benner and Nick Confessore – from going on MSNBC to use the article as a means for attacking Veritas.

Benner, who covers the Justice Department for The New York Times, said, “Project Veritas was working closely with a former British spy in order to entrap people within the Trump administration.”

Confessore, a NYT Political Reporter, stated, “A group of activists on the right, Trump allies, were funded by his donors who recruited a former spy and other operatives to train people at Project Veritas into subverting FBI agents and even the National Security Advisor.” 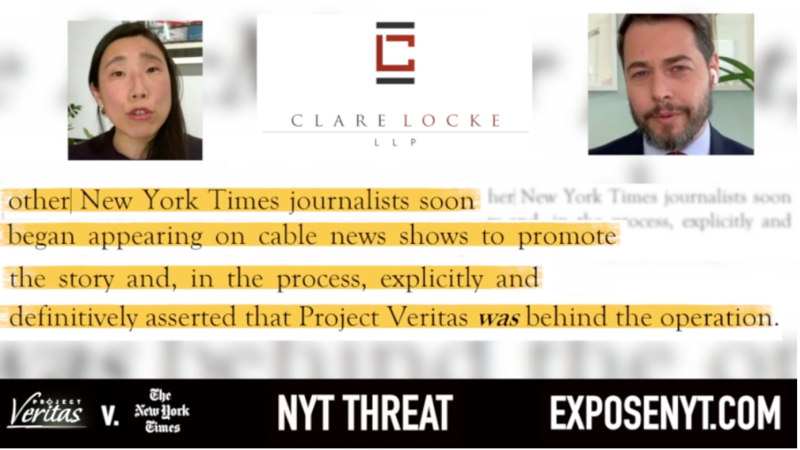 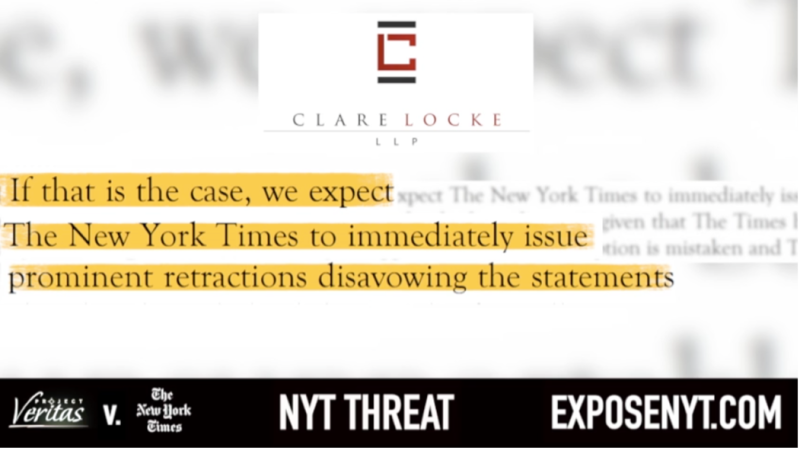 On May 19, Locke wrote a letter asking the newspaper to issue a retraction “disavowing the statements” made by Benner and Confessore -- and to add one line to the piece stating: “Project Veritas was not involved in and did not know about or fund this alleged scheme.”

McCraw sent back a responsive letter, which had the words “not for publication” written on it, denying the request for a correction or any type of change. He also redirected concerns over Benner’s and Confessore’s television appearance to the General Counsel of NBC News.

Upon receiving McCraw’s letter, Locke sent an email saying she would not be honoring the “not for publication” label because, even according to NYT’s own policy, a letter such as this would be “on the record” and could be admissible as evidence in court.

Notably, even McCraw has previously published his own letters – even going so far as writing a book about his time at the New York Times which featured one of McCraw’s responsive letters on the book jacket.  Apparently McCraw is comfortable with his letters being published, but only when he can control the narrative. 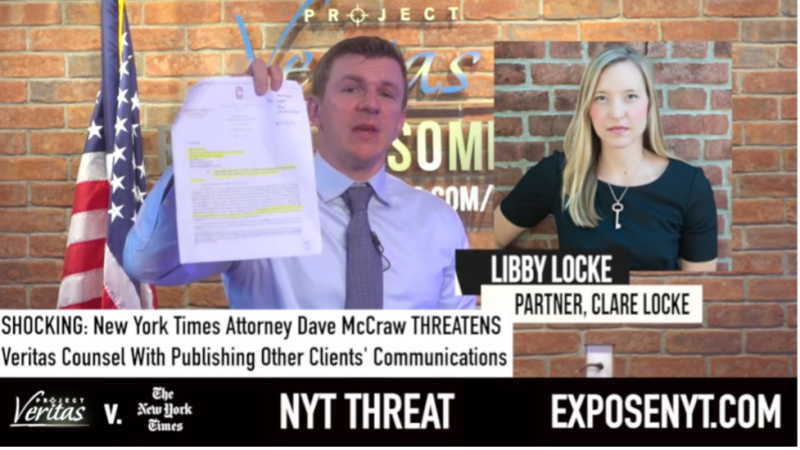 In response to Locke’s refusal to keep McCraw’s letter off the record, McCraw then emailed Locke’s partner at her law firm, Tom Clare, saying he would no longer respect the privacy of Tom’s other, wholly unrelated, clients -- choosing instead to go tit-for-tat on privacy by saying: “We both have to play by the same rules.” 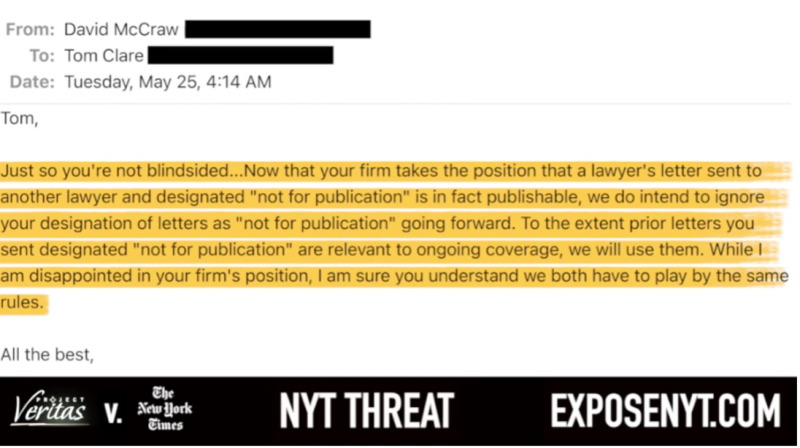 In addition to informing McCraw that Veritas has turned his letters over to the judge who is overseeing the defamation case against The New York Times, O’Keefe added:

“I’m about to sue the two reporters who went on MSNBC and lied maliciously… We also got lots of emails from inside The New York Times from litigation against [them] and we intend to publicize those. You see, we’re not going to be silenced or threatened or intimidated by your moblike tactics. Justice delayed is justice denied. I look forward to deposing you.”