(New York) A reporter for the Observer made an unfounded claim of Project Veritas founder James O’Keefe’s intent during the controversial Washington Post investigation last year.

Skirting proper channels, Richardson reached out to the publicist of O’Keefe’s new book American Pravda, asking for a copy of the book and to set up an interview–presumably to write about the book. Instead, he wrote about the Washington Post investigation.

O’Keefe explained his motive to Richardson, stating “We were trying to explore and expose journalistic malpractice at The Washington Post.” This didn’t stop Richardson from leading with an egregious and defamatory claim stating that O’Keefe “declared war” on women and victims of assault for simply investigating the Washington Post.

Once the article was published, the Veritas founder called Davis Richardson to ask him “why did you report that given what I told you?” Davis, unable to defend the claim, blamed it on his editor. When asked if it was his editor who wrote that statement, Richardson said “I can’t comment on that.”

“They were so flippant in their characterization of what we do at Project Veritas that their reporter folded like a cheap suit,” said James O’Keefe. Shortly after the phone call, The Observer corrected the article stating in the Editor’s note:

*Editor’s Note: The original line in this story read, “By attacking the Post, O’Keefe declared war on Moore’s accusers and the entire women’s movement against sexual misconduct.” The line was changed by the editor after the reporter was confronted by Mr. O’Keefe over this particular sentence and threatened with the possibility of legal action.

This encounter is another example of Project Veritas holding the media accountable when they run amok with narrative before fact–similar to a video by O’Keefe deconstructing an Associated Press interview last year. 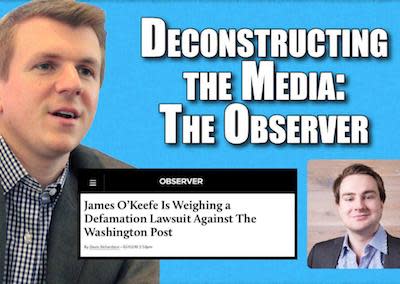 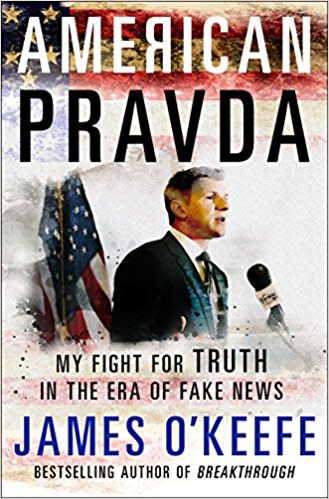