ABC News reported on Thursday that President Trump is expected to launch a commission on “election integrity.”

For years, Veritas has been conducting undercover investigations to expose how easy it is to commit voter fraud, especially in states without strong voter identification laws. Many of the videos Veritas has released have led to investigations, resignations and laws being changed in multiple states. 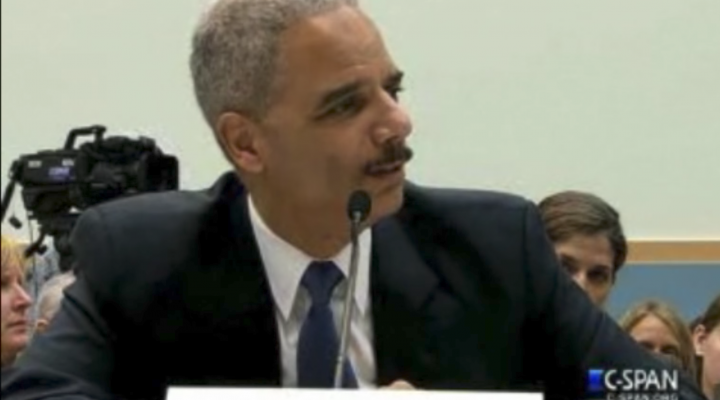 Then Attorney General Holder discusses Veritas election fraud video
in House Judiciary Oversight Hearing in 2012In New Hampshire, after James O’Keefe exposed how easy it is to vote in the name of dead people, the state tightened up their election laws as a result of the video. In another case, Veritas sent an undercover reporter into a DC polling location to obtain the ballot of then Attorney General Eric Holder. Likewise, another Veritas reporter dressed in a burka to obtain the ballot of Hillary Clinton adviser Huma Abedin.

In a fourth example, Veritas undercover reporters showed that a congressional campaign in Virginia would actively try to cheat an election:

Following the investigation into just how easy it is to conduct vote fraud, Project Veritas set out to see if anyone was actively trying to cheat in elections. A Project Veritas journalist recorded a lengthy conversation with Pat Moran – the son of then-Congressman James Moran and field director to his father’s campaign.

Pat Moran provided detailed advice on how to commit voter fraud, specifically outlining the necessary steps to circumvent voter ID laws. When the journalist suggested that he wanted to fraudulently vote for approximately 100 strangers, Pat Moran advised him to forge utility bills in the names of the unsuspecting registered voters and assured him that DNC lawyers would defend him if election officials attempted to invalidate the votes.

Recently, an undercover reporter caught a Democratic NYC election commissioner stating “I think there is a lot of voter fraud” – an act for which NYC Major Bill de Blasio exacted immediate revenge.

Finally, it seems that the federal government is taking voter fraud seriously. Project Veritas is prepared to cooperate with this new commission as they have done with other investigative and legislative bodies in the past.