(Washington, D.C.) On Monday, October 14, 2019 Project Veritas released Part 1 of a series of recordings provided by a brave CNN Insider who blew the whistle on rampant bias at the network. The story, with substantial social media attention and cable news coverage, to include a tweet from President Trump, provides video footage highlighting the personal vendetta of CNN President Jeff Zucker against POTUS, as well as evidence of bias across the network.  CNN Insider Cary Poarch further detailed his concerns against the network on national television last night.

Cary Poarch, who wants CNN to “get back to the facts and get back to reporting news,” used a hidden camera to record conversations over several months.

Poarch was able to participate in the daily 9AM meetings where CNN President Jeff Zucker talked to the staff and gave them their daily guidance.

One day the 9AM meeting included an exchange between CNN President Jeff Zucker and CNN Vice President and Political Director David Chalian about the viability of Democratic candidate Andrew Yang:

David Chalian, Vice President and CNN Political Director:“Yeah, I mean, I think we – I don’t know why we wouldn’t take him – you know, most of these candidates seriously. We should definitely be looking at why Andrew Yang is resonating…Do I think he’s a likely nominee? No, I don’t.”

In another 9AM meeting, Zucker pushed for the use of some on-air reporting time designed more for ratings than for reporting news when he noted that CNN should do a segment on Democratic candidate Kamala Harris’ call for President Trump’s Twitter account to be suspended: 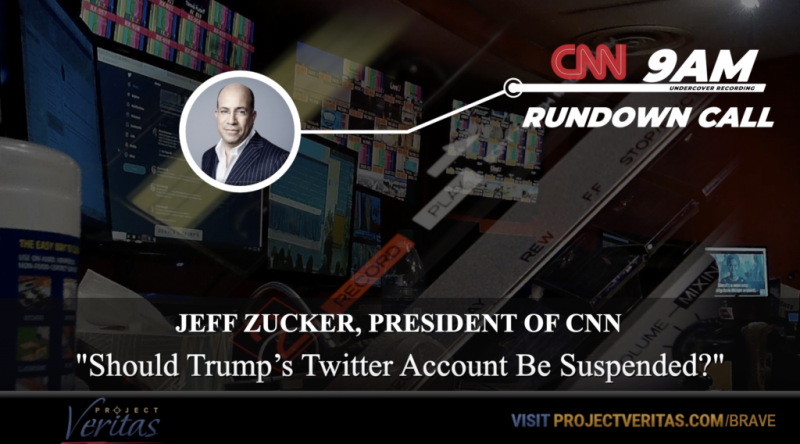 In a discussion about why Democratic candidate Joe Biden’s campaign rally isn’t broadcast in its entirety, a CNN employee indicated that decisions seem to be based on ratings: 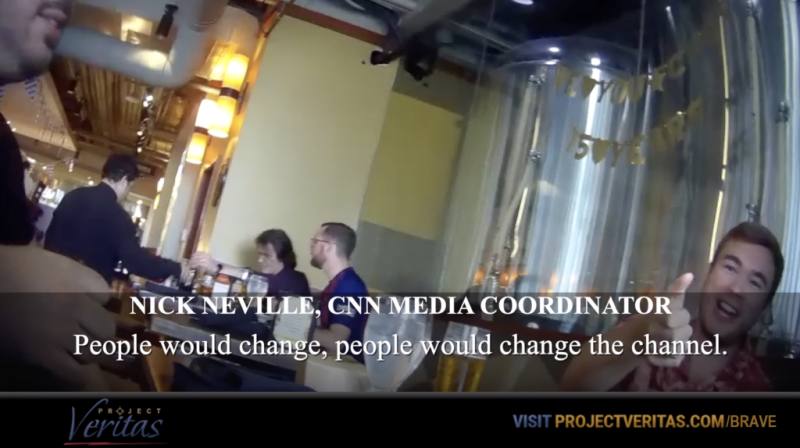 CNN is hosting tonight’s Democratic Presidential Primary Debate, and a lot of discussion took place with various CNN employees about CNN’s treatment of several of the candidates.

CNN’s Media Coordinator Christian Sierra explained that by focusing on just a few candidates the network treats others unfairly:

CNN Insider: “Who is CNN unfairer against right now on the debate?”

Christian Sierra, CNN Media Coordinator: “Um, I think probably Yang and Klobuchar. One of the lesser ones. Just cause they’re going to talk about Biden more Warren and Sanders. They’re not going to mention others. 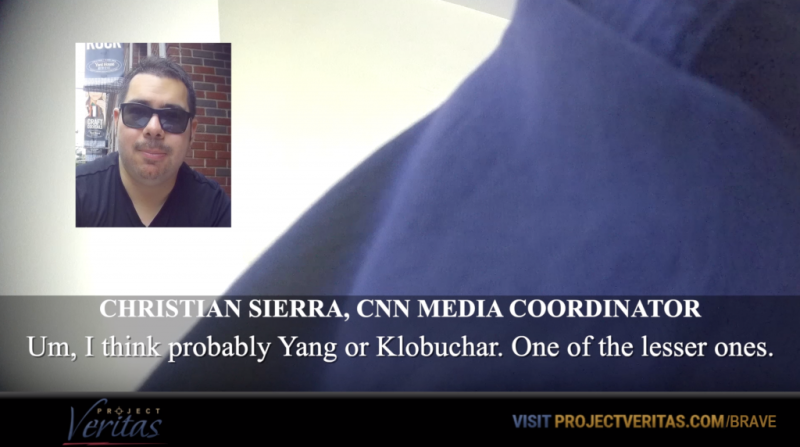 CNN Insider: “So, who does he (Zucker) want to be president?”

Christian Sierra, CNN Media Coordinator: “Here’s the thing, I don’t know. I think he (ZUCKER) wants a democrat but I don’t think he has any particular favorite. Well, ‘cause here’s the thing, he donated before to Kamala Harris when she was running for Senate in California. Um, but, I think he kind of likes Pete, but I can tell he also likes Biden and Warren.”

But according to a candid comment from CNN Senior Justice Correspondent Evan Perez, Biden has a problem:

Evan Perez, Senior Justice Correspondent: “Now I’ll tell you this. Joe Biden has a problem. Because his son was trading in his name. It looks bad. It smells bad. It’s not illegal. Nothing is illegal about it… How do you go and say that Donald Trump is the person?  Get him out of here, and convict him, when your son is doing the sameshit.” 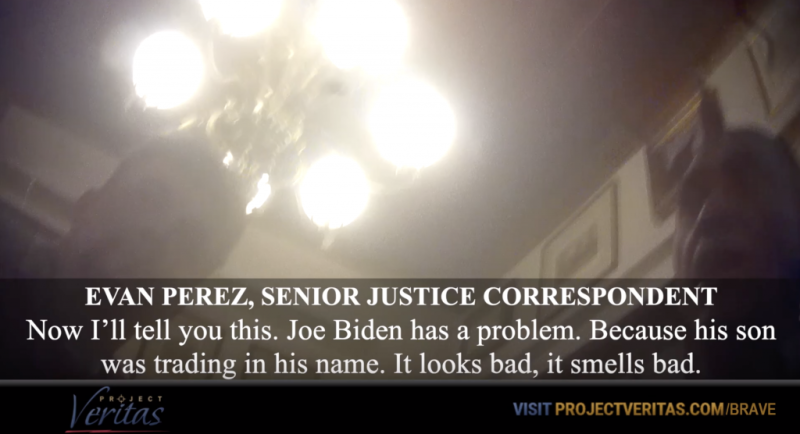 As for some of the other candidates:

Christian Sierra, CNN Media Coordinator: “I think they like Warren a lot. 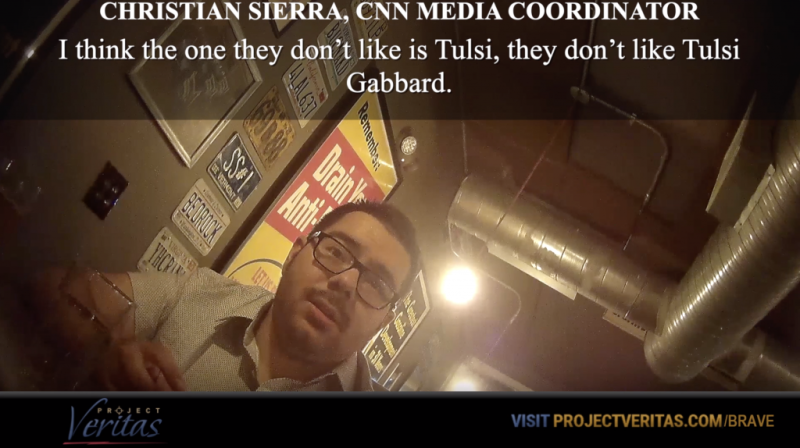 Because she supports, Assad and she’s not taking a conventional route when it comes to one policy, stuff like that.”

CNN Insider Cary Poarch said, “I just want us to have a free and fair election. That’s what it’s all about. Like we get an information presented to us. We can, we can pull the lever for whoever we want. Again, left, right center, whatever. That’s the American dream. That’s what it should be. I don’t need to have some ideology shoved down my throat. That’s twisted in a way.”

Project Veritas intends to continue its investigation into corruption in the Mainstream Media. We encourage brave insiders at these organizations to come forward with any information they have, so that the public knows what is really going on within these media companies.