The video shows Bennet being deposed under oath in an ongoing lawsuit filed by former Alaska governor, Sarah Palin. She is suing The Times after an editorial published by the paper attempted to tie her Political Action Committee to the shooting of former U.S. Congresswoman, Gabby Giffords. 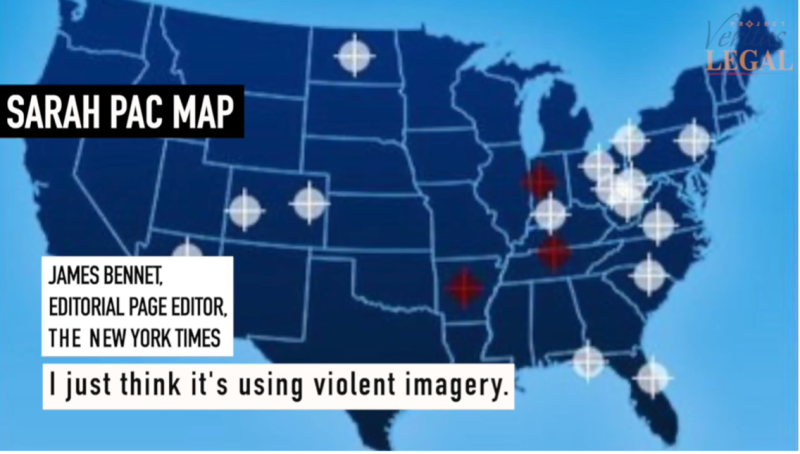 Palin’s attorney, Shane Vogt, pressed Bennet on how The Times reached its conclusions on his client’s Political Action Committee:

Shane Vogt, Attorney for Sarah Palin: “Do you consider this map (shown above) to be political incitement?”

James Bennet, New York Times Editorial Page Editor: “In the sense I was using the term that day in our editorial? Yeah, I do. I just think it's using violent imagery. I read those as gun sites, and I just don't think we should import that kind of language to talk about our political adversaries. I wish politicians wouldn't do it.” 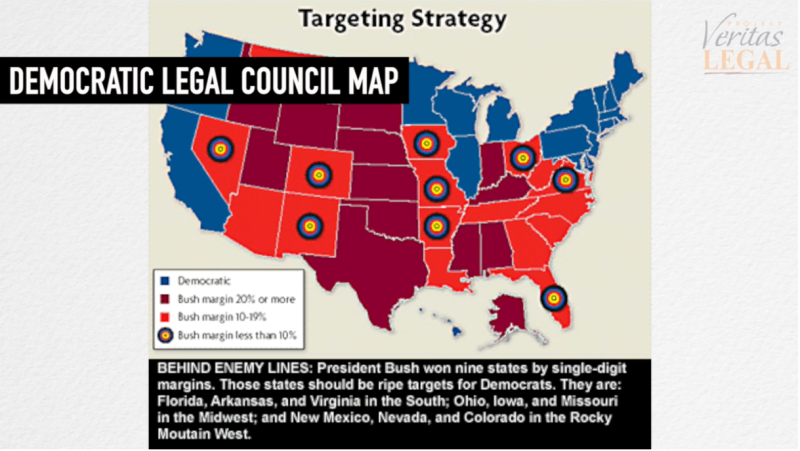 Vogt: “You consider that to be political incitement?”

Bennet: “Okay. I understand what you're asking me and the comparison you're drawing. I don't -- those don't look like gun sites to me. So, I guess I wouldn't use the same term?”

Vogt: “What do you consider the symbols on the map in exhibit 217 to be?”

Vogt: “What are bullseyes used for?”

Vogt asked Bennet about the decision-making process inside The New York Times and the context behind publishing this piece:

Vogt: “Do you remember seeing the [Palin] map when it was initially circulated?”

Vogt: “Do you know when that was?”

Vogt: “And what's that understanding based on?”

Bennet: “I guess the -- we did a very poor job, I did, of trying to express the thought that created an inference for readers that there was a causal link between political incitement and the shooting of Gabby Giffords. The point where that happens is where we say the link to political incitement was clear.”

Vogt: “Is ‘incitement’ a strong word?”

Bennet admitted to Vogt that he ultimately failed as a journalist:

Vogt: “As a journalist, are you taught to consider how the reader may interpret words you use when you're writing a piece?”

Vogt: “Did you do that when you were writing ‘America's Lethal Politics’?”

Vogt: “While you were at The Atlantic up through today during your tenure at The New York Times, have you ever published any pieces that called out the left for using what you just called incendiary rhetoric?” 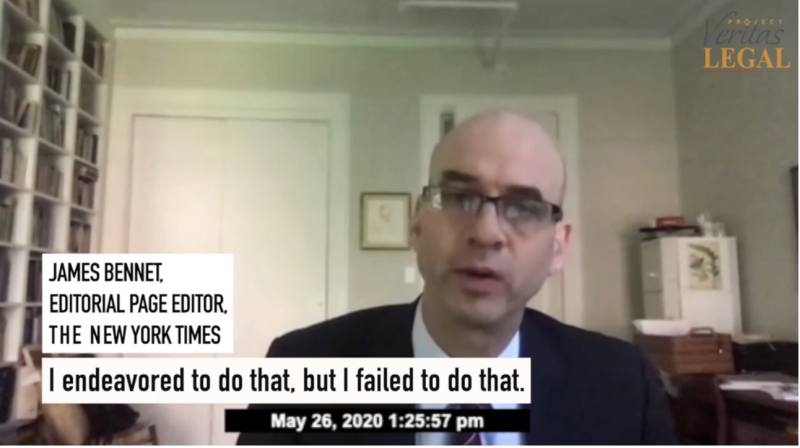 Vogt also asked Bennet about his family’s political connections to the Democratic Party. Bennet did not seem to remember key details about their ties to Clinton and Obama:

Vogt: “When you were a White House correspondent during the Clinton administration, was your brother Michael working there?”

Vogt: “At some point though, he did have a position within the Clinton administration, correct?”

Bennet: “He worked at the Justice Department for a while.”

Vogt: “Did your father also work with the Clinton administration?”

Bennet: “He had been with the Clinton administration. Yes.”

Vogt: “Did your brother Michael have a role with President Obama's election committee?”

Bennet: “I actually don't know the answer to that.”

Vogt: “But I thought I saw something indicating that he was a co-chair of President Obama's campaign committee.”

Bennet: “It wouldn't surprise me if he was, I just don’t know.”

Vogt: “Have you ever written speeches for your brother?”