Faces Of Voter Fraud #1: The Double-Voter

(Tallahassee) Project Veritas has released undercover footage which shows how a New York resident voted twice in the 2018 general elections in two different states. The undercover report includes an admission of double-voting from the New York man, as well as confirmed of voter registrations and electoral histories from Board of Election offices in New York and Florida. Voter data from both the New York and Florida Departments of State also confirm the man’s voter history. Federal law and various states prohibit double-voting.

“When the topic of voter fraud comes up, people often say it doesn’t exist, or that it’s not even possible. For the first time ever, Project Veritas brings you the proof. We go to their front doors.”

In the undercover video, Peter Gornicki, a Republican voter, acknowledges that he voted in the federal election in both Florida and New York:

JOURNALIST: So you voted for Higgins for U.S. Congress in New York and Scott for Senate and Bilirakis in Florida in 2018, is that correct?

GORNICKI: Yes, I did. 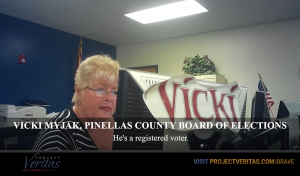 Project Veritas spoke with an official from a Florida Board of Elections office to confirm Gornicki’s double-voting. In Florida, Gornicki voted by mail-in ballot:

JOURNALIST: When was the last time [Gornicki] voted?

PINELLAS COUNTY BOARD OF ELECTIONS: 2018

PINELLAS COUNTY BOARD OF ELECTIONS: He did vote general and primary.

JOURNALIST: … And he did it, like in person, absentee?

PINELLAS COUNTY BOARD OF ELECTIONS: By mail.

Gornicki voted in New York as well, according to an official from a New York Board of Election office:

ERIE COUNTY BOARD OF ELECTIONS: … He did. 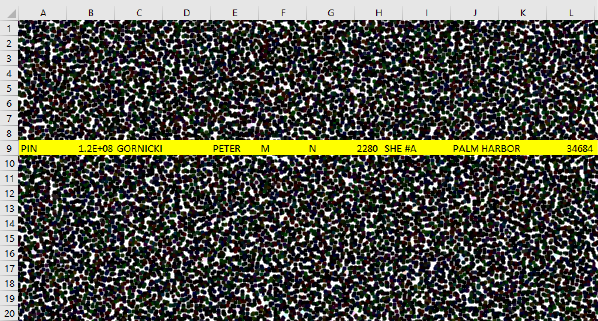 News media outlets have long reported there is “no evidence” of widespread voter fraud.