Here’s a quick overview of the last day’s news regarding the fourth video of our new series on teachers unions, which we released yesterday.

First of all, Project Veritas launched the story with our friends at Breitbart.com. 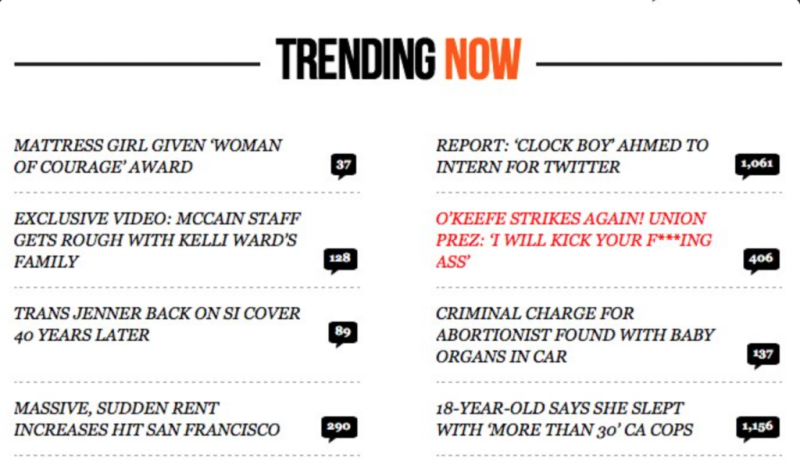 The story was covered on air by majority of Wichita’s top news stations.

KWCH, the local CBS affiliate and KAKE, the local ABC affiliate both reported that Steve Wentz ignored their phone calls and was not available at his union office when reporters attempted to approach him for a statement. Susan Arensman, the spokesperson for USD 259 in Wichita gave the following statement to KAKE:

“As we would with any allegation, we are following protocol and investigating appropriately. There is nothing more to share at this point.”

Arensman made similar comments to KWCH.

The Wichita Eagle, the dominant newspaper in Wichita also covered the story. Unlike the TV stations which were not able to get through to Wentz, The Wichita Eagle communicated with Wentz, but, “Wentz would not comment on the video Tuesday but referred calls to officials with the Kansas National Education Association,” according to Suzanne Tobias, a reporter for The Wichita Eagle.

“Kansas educators are committed to the success and safety of every student. This is something Kansas NEA and AFT Kansas take seriously as both a professional and moral obligation.

Kansas NEA and AFT Kansas have been made aware of a heavily edited video being shopped to the media purporting to show a local association leader making inflammatory statements. The tenor and tone of those statements as they are presented in the video do not reflect the principles of KNEA or AFT Kansas. The unedited footage that forms the basis of this inflammatory video is being withheld by the video promoters, which prohibits a full evaluation.

This video is one element of a smear campaign promulgated by a known criminal who masquerades as a journalist in order to engage in deeply divisive and politically motivated attacks that promote his partisan political agenda. In fact inflammatory and serious allegations are being made by the video producers that are not supported even by the heavily edited footage that has been publicized, and important context is missing from key portions of the video.

Manufacturing and concocting stories to entrap people, James O’Keefe has largely been rejected by serious journalists as nothing more than an ideological attack dog. The hallmark of the O’Keefe-style character assassination is to fabricate a story and ignore any semblance of principle or integrity in search of the narrative he was hired to secure.” 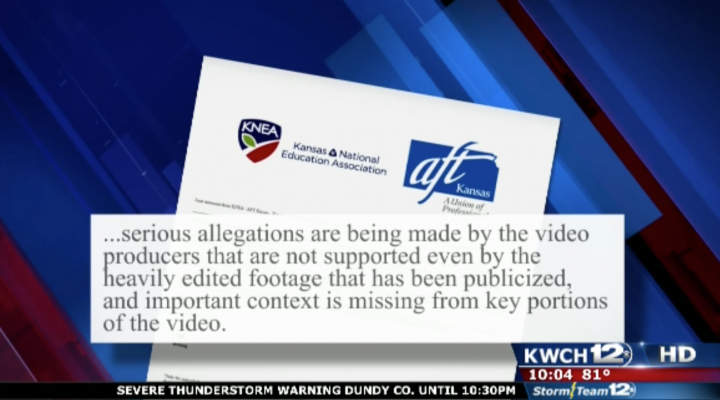