In September 2010, then-CNN reporter Abbie Boudreau was working on a news exclusive about young conservatives, "Right on the Edge," and she reached out to James O'Keefe to participate in the special.

The other interviews were with Hannah Giles, Jason Mattera, Lila Rose, Ryan Sorba, and Christian Hartsock.

Originally, O'Keefe agreed to let the reporter join him and his production crew for a parody video shot in Los Angeles with Hartsock as the director. When Boudreau arrived with her CNN crew, Hartsock told her that O'Keefe changed his mind and did not trust CNN to be fair to him.

O'Keefe agreed to discuss with Boudreau more details about how the interview would be conducted, and she agreed to meet O'Keefe at his sailboat, which was on Solomon's Island, Maryland, in the Patuxent River.

On the sailboat, O'Keefe set up cameras and props for what was going to be his video about CNN and its reporters that channeled Don Henley's 1982 song "Dirty Laundry."

O'Keefe intended to inform Boudreau that she was being recorded due to Maryland two-party consent law. Meaning, if she were not told, he would not be able to record her legally.

When Boudreau arrived, however, the Project Veritas executive director Isabel “Izzy” Santa greeted the reporter and told her they
needed to talk in the car. In the car and without telling O’Keefe what was happening, Santa told Boudreau about the plan to set her up.

Boudreau went up to the boat and told O'Keefe she did not consent to being recorded and told him she would not board.

Afterward, CNN blew up the incident into the exaggerated and misconstrued story it is today aided by a series of Project
Veritas emails Santa shared with CNN. It also should be known that some of the emails were proposals from people not employed by Project Veritas.

One of the documents Santa gave CNN was a 13-page proposal written by a friend of O'Keefe's with outrageous scenarios. Although
CNN presented it as O'Keefe's actual plan of action, it was drafted by a
non-Project Veritas individual and was never accepted by O'Keefe's as the way to go. 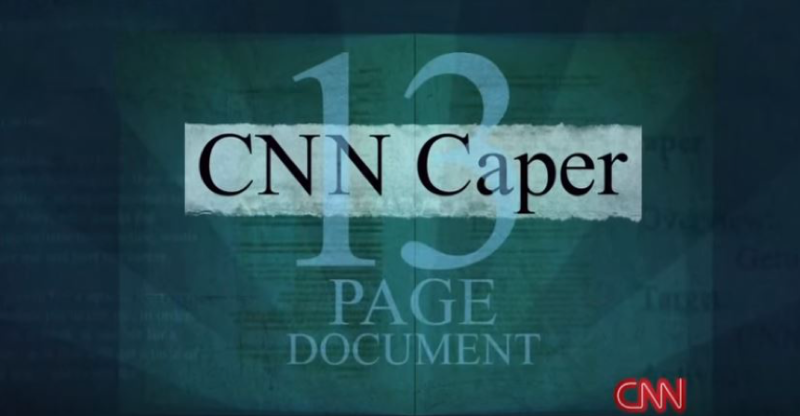 O’Keefe went on the March 13, 2011, edition of CNN’s “Reliable Sources” program, hosted by Howie Kurtz, a former Washington Post New York City bureau chief and later media writer, to give his side of the story.

Kurtz: Let me ask you about an encounter you had last year with Abbie Boudreau, then of CNN. She reported that an associate of yours had told her that you were trying to lure her to a boat filled with sex toys and a hidden camera, and you were going to try to seduce her. Now, if that's overblown, what were you trying to do?

O'Keefe: We were just going to have a conversation with her, and that was sort of borne out of, I think, a contempt for the mainstream media. What the media wants to do is make this story about me. That's what everyone wants to do. And that's one of the reasons I haven't been doing TV, because they want to talk about me and my
background and what I did a year ago, and who I talk to and what my colleague -- this is absolutely --

Kurtz: OK, but you met with Abbie Boudreau, and you were trying to send some kind of message to or about the mainstream media, apparently by embarrassing her. So what would that message have been?

O'Keefe: The message would have been that the media is not doing the job. And they want to documentaries on James O'Keefe and company, and they don't want to do documentaries on malfeasance in society, as evidenced by, you know, the questions you're asking me right now.

Kurtz: Well, I did want to touch on it cause she did work for CNN, and I guess you said you were going to be flirtatious with her, so I just wanted to touch on it.

Kurtz: Flirtatious, is that a fair description?

Kurtz: All right. Now, you're a controversial guy. You've taken on some big targets. You certainly had an impact with this NPR story. Do you think the media coverage has been fair to you and your organization in this NPR story?

O'Keefe: I think it's been more fair. I think the mainstream media is certainly starting to have a little more respect for us because we've shown the disdain for the Americans in the tape. The tape is very powerful. The tape is very honest. The tape cuts to the core of who these people are. It sort of shows their hearts and minds, and it's had such an effect.

Kurtz: Of course, there was one aspect in which the tape was not honest, and that this was a front group, as you -- the phrase that you, yourself, used. But, James O'Keefe, I very much appreciate your coming on to answer these questions. We appreciate it.

In his 2013 book Breakthrough, O’Keefe wrote that Santa made the right call, despite being wrong about what he intended to do.

"I respect Izzy for warning Boudreau. She showed good judgment, better than mine, and proved willing to act on it," he said. "She must have believed that I was actually planning to seduce Boudreau."