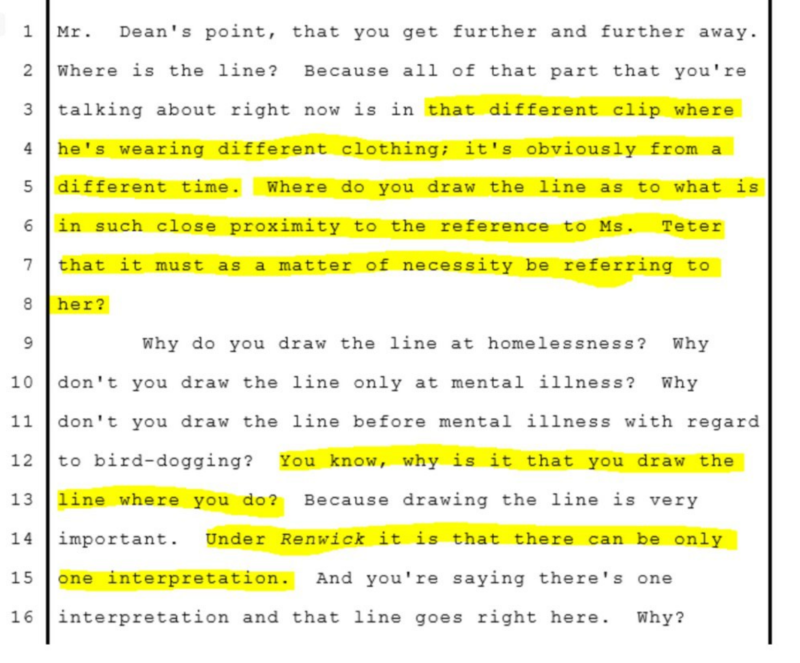 James O'Keefe and Hannah Giles used hidden cameras to record meetings in offices of the Association of Community Organizations for Reform Now, or ACORN, around the country. In those recordings, ACORN staffers guided O'Keefe and Giles through federal regulations and tax laws to support their prostitution business. ACORN staffers were told the prostitutes would be underage females from El Salvador. Instead of reporting O'Keefe and Giles to the police, ACORN staffers continued to demonstrate how to: declare prostitutes
as dependents and bury a tiny box of cash to hide their earning from
authorities.

Throughout the investigation, each encounter was different and depended on O’Keefe and Giles improvising as they went along. It is not a deceptive edit that the story or dialogue changed from office to office.

One example is in the meeting at the Philadelphia ACORN office; the staffers audio was muted. O'Keefe said this was done to avoid legal problems, and he would unmute the video if the ACORN office promised not to take him to court.

With two associates, Michael McElroy and Rebecca Ruiz, I have reviewed the entire
available public record, including the O'Keefe videos and what is represented on a conservative Web site as the full transcripts and audio of his visits to the Acorn offices. It is the same record from which FAIR and others are getting their alternative interpretation...

Here is what I found: O’Keefe almost certainly did not go into the Acorn offices in the outlandish costume, fur coat, goggle-like sunglasses, walking stick and broad-brimmed hat in which he appeared at the beginning and end of most of his videos. It is easy
to see why The Times and other news organizations got a different impression…

The videos were heavily edited. The sequence of some conversations was changed. Some workers seemed concerned for Giles, one advising her to get legal help. In two cities, Acorn workers called the police. But the most damning words match the transcripts and the audio, and do not seem out of context.

As a public service, O’Keefe and Giles turned over their raw footage to California Attorney General Jerry Brown. Brown did not bring charges against ACORN staffers in the video, but he did issue a report that read in part:

Jake Tapper: ACORN, a group the President has had some ties with over the years. The Census Bureau eliminated their relationship with that group for the 2010 census, and the
Senate overwhelmingly voted to cut off housing funding. And I was just wondering the White House reaction to either of those?

Following another question, Press Secretary Robert Gibbs stated: As it relates to ACORN, obviously, the conduct you see on those tapes is completely unacceptable. I think
everyone would agree with that. The administration takes accountability extremely seriously.

ACORN CEO Bertha Lewis hired Boston lawyer Scott Harshbarger, a former Massachusetts attorney general, to conduct his investigation into the practices highlighted in the O'Keefe-Giles videotapes. In his 47-page report, Harshbarger said O'Keefe-Giles video tapes exposed real problems in ACORN, and he recommended ACORN return to its roots as a network of local community organizations and to hire an independent ethics officer.

“We did not find a pattern of intentional, illegal conduct by ACORN staff involved; in fact, no action, illegal or otherwise, was ever taken by any ACORN employee on behalf of the videographers,” he said. "Instead, the videos represent the byproduct of ACORN's longstanding management weaknesses, including a lack of training, a lack of procedures, and a lack of on-site supervision,” he said.

When Clark Hoyt, public editor for The New York Times, wrote in his March 20, 2010 look back on the on the scandal headlined: “The ACORN Sting Revisited,” that he spoke to Harshbarger, who told Hoyt that there was no pattern of illegal conduct. “But, he told me: “They said what they said. There’s no way to make this look good.”

All reporters in all media make editorial decisions, unless the report is just unproduced raw footage or transcripts. Project Veritas is committed to undercover video reporting because it allows the viewer to see and hear the speaker telling a private truth. This is a huge advantage over print reporting, which loses the intonations, along with the suspicion that the quote is not real.

One of the great ironies of Project Veritas reports is that video, which is the most reliable medium for presenting the speaker—is also challenged because of decisions made to keep a video as brief and focused as possible while maintaining the speaker’s context. 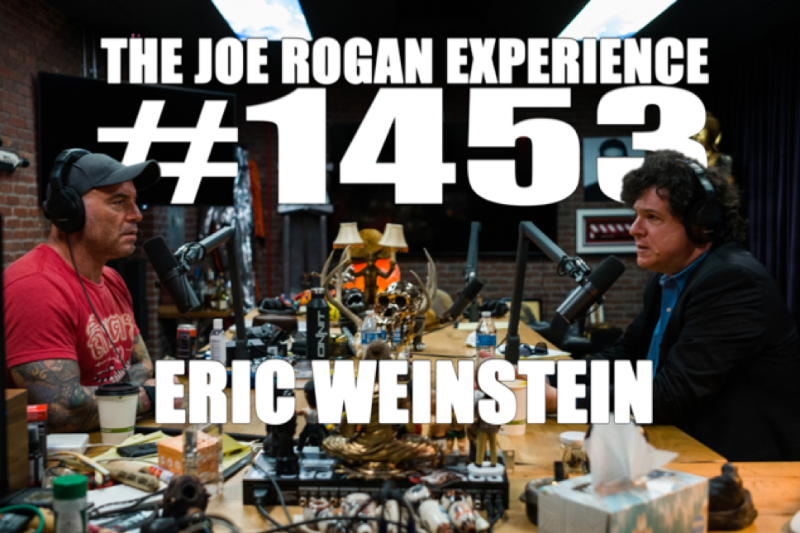 Joe Rogan, the host of the country’s No. 1 podcast, “The Joe Rogan Experience,” spoke about James O’Keefe and Project Veritas and their undercover investigations into the big social media platforms on his April 3, 2020 episode with Eric Weinstein, podcast host of “The Portal.” Weinstein interviewed O’Keefe for his March 19, 2020 episode “26: James O’Keefe - What is (and isn't) Journalism in the 21st century.”

Joe Rogan: “The way they’ve done it is through hidden camera-type stuff and there’s a narrative that people love to use where they go, ‘Oh, that guy, he uses selective editing,’ or ‘That guy? You can’t believe anything they say—'”

Eric Weinstein: “Everything he says is wrong—”

Rogan: “But, that is impossible—”

Rogan: “Because, you’re listening to these people talking about how they marginalize right-wing viewpoints and look for people who have MAGA headlines in their headline and they put them in certain categories, when it makes it very difficult to get their—algorithms supports—they know how to marginalize these people and points of view.

And, it’s really weird that no one—they’ve found this strange way of describing it—where even though you see it on video, you hear these people saying things that should be outrageous to anyone who believes in objective reality—and yet, people love to say: ‘That’s just a Project Veritas thing,’ ‘That guy’s full of s**t, good,’ and they cast it aside.

Clarification: Why ACORN Staffers Did Not Break the Law

James O’Keefe and Hannah Giles exposed severe misconduct when they conducted their 2009 undercover investigation of the Association of Community Organizations for Reform Now. O’Keefe presented himself as a pimp and Giles presented herself as a prostitute in more than a dozen meetings in ACORN offices across the country. The two used hidden cameras to record ACORN staffers describing how to use federal welfare and housing programs to support a prostitution business, how to declare underage Salvadoran female prostitutes as dependents and how to smuggle the girls across the Mexican border without getting caught. One ACORN staffer told O’Keefe and Giles to hide cash from the
government in a tin box and bury the box underground.

Despite the ACORN investigation videos, prompting a Democratically-controlled Congress and White House to strip the organization of federal funding, critics of James O’Keefe and Project Veritas still point out there was no criminality.

There is an interesting twist these critics never fully develop.

The reason why O’Keefe and Giles were not charged with breaking the law is they were not really involved in prostitution or cross-border human sex trafficking—they were journalists pretending.

This is the same reason the conduct of the ACORN staffers in the O’Keefe-Giles investigation did not break the law. Had O’Keefe and Giles been law enforcement officers, it might have been different, but these staffers were participating in pretend crimes.

In the words of then-California Attorney General Jerry Brown: “The O’Keefe and Giles recordings reveal some ACORN employees acted inappropriately, but not illegally.”

The complete and unedited recordings made by O’Keefe and Giles establish that the four California ACORN employees discussed with the couple their plan to conduct a prostitution business, which they described to three of the employees as using captive underage girls who were illegal immigrants. Despite the criminality of the hypothetical
conduct discussed, none of the California ACORN employees committed, solicited or conspired to commit any criminal acts. Based on all the evidence now known, none of these employees said or did anything that was, in light of all the circumstances, illegal. Because O’Keefe and Giles’s criminal plans were themselves a ruse, one cannot be criminally complicit in those plans. In order to be liable as an aider and abettor, the perpetrators (in this case, O’Keefe and Giles) must have actually committed the planned or underlying crime. (See CALCRIM No. 401; People v. Perez (2005) 35 Cal.4th 1219, 1225.)Similarly, conspiracy culpability would require a finding that not only the ACORN employee, but also O’Keefe and Giles (the coconspirators), intended to enter
into an agreement and intended to commit the target crime of that agreement. (CALCRIM No. 415; People v. Vargas (2001) 91 Cal.App.4th 506, 551.)

However, the Attorney General in his own wider investigation into ACORN did discover actual misconduct and potential criminal activity by California ACORN staffers in the course of his investigation, which he referred to law enforcement for further investigation, including:

In the hundreds of videos produced by Project Veritas—and even by founder James O’Keefe before 2011, the only cases actually cited—as opposed to the unspecific charge—involve a cut in our NPR investigation, where the extended quote adds nothing to the meaning of what he is saying, because in the clip Project Veritas released there is an obvious change of tone as he speaks for himself with the same opinions he expresses
elsewhere in the conversation.

In the ACORN series, a Philadelphia ACORN staffer is muted for legal reasons, not for edited and a side-by-side comparison of her muted comments and the raw footage show no deception in the voice over narration.

Charles Hoyt, the public editor of The New York Times also addressed this in his March 20, 2010 column “The ACORN Sting Revisited.”

“The videos were heavily edited. The sequence of some conversations was changed. Some workers seemed concerned for Giles, one advising her to get legal help. In two cities, Acorn workers called the police. But the most damning words match the transcripts and the audio, and do not seem out of context. Harshbarger’s report to Acorn found no “pattern of illegal conduct” by its employees. But, he told me: “They said what they said. There’s no way to make this look good.”