The full document can be accessed HERE.

(New York) — Project Veritas has obtained a document from an insider at Google which appears to show internal suggestions of how to protest political events.

“This document leak is the fourth in a series of leaks from inside Google and their subsidiary, YouTube.  This new document appears to show internal coordination of political protests which contradicts Google’s public statements that they are politically neutral.  More tech insiders are coming forward and we will continue to work with them to expose the secrets of Silicon Valley.”

The document, labeled “The Beginner’s Guide to Protesting (#GooglersUnite)”, states it was created to:

“assemble best practices and ensure that everyone feels comfortable and pumped about Resist@Google.com marches/protests.”

In the section titled the “Do’s and Don’ts”, the document tells readers that they should not “feel obligated to stop at crosswalks” and that the “point is to disrupt.”

The full document can be accessed HERE.

“Google has repeatedly been clear that it works to be a trustworthy source of information, without regard to political viewpoint. In fact, Google has no notion of political ideology in its rankings.” 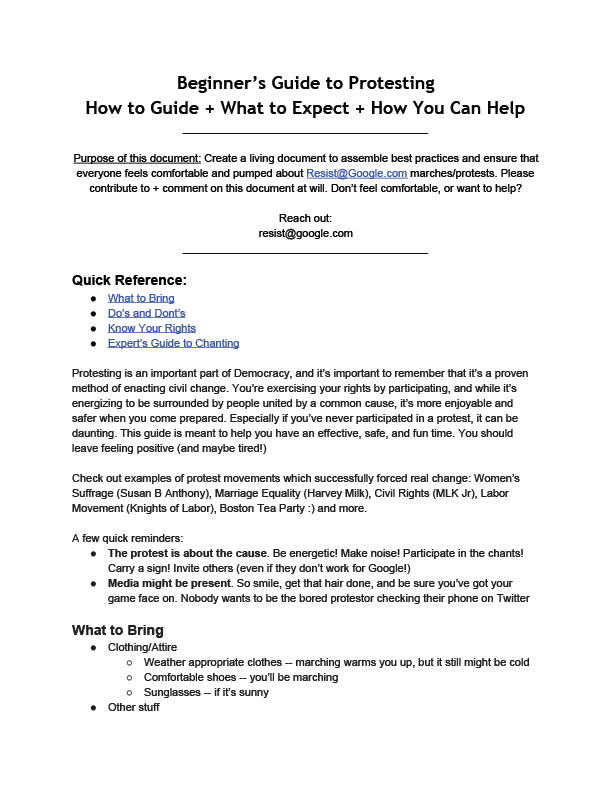 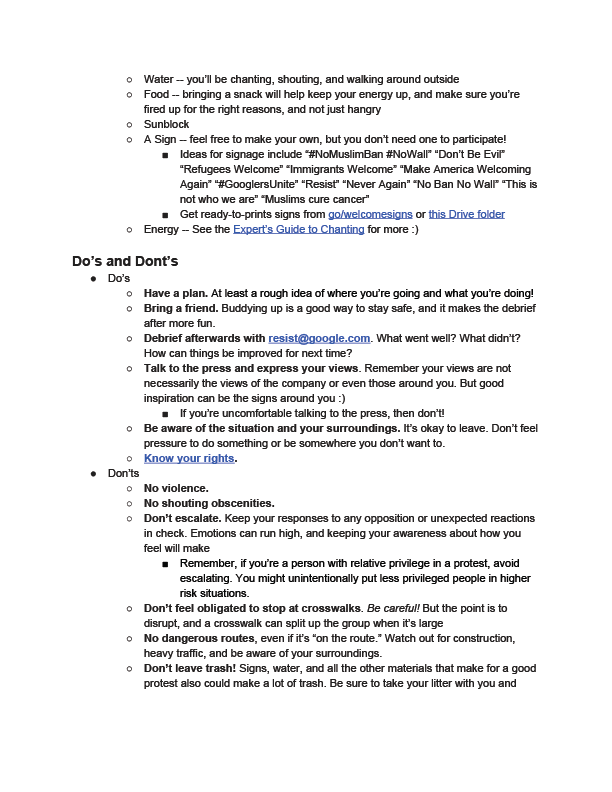 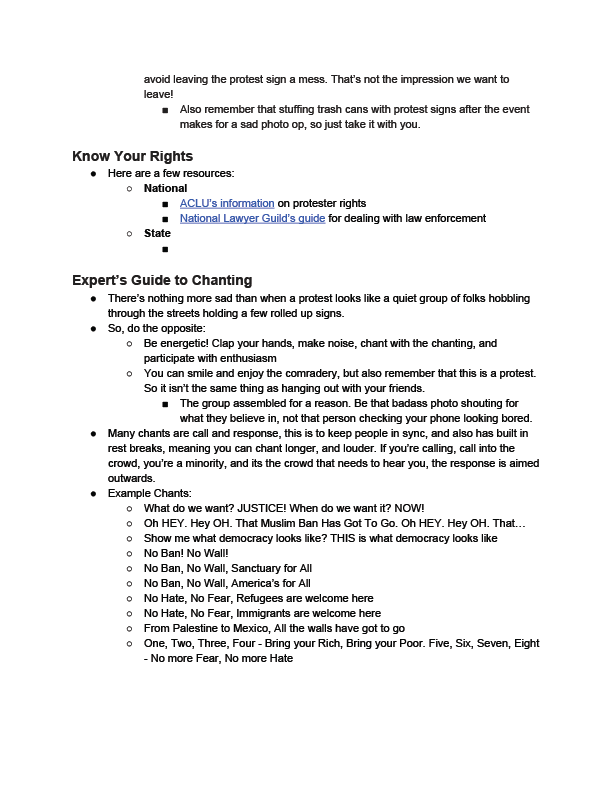