The lawsuit was set in motion after O’Keefe’s personal account -- with nearly one million followers -- received a permanent ban from Twitter, for operating “fake accounts.” 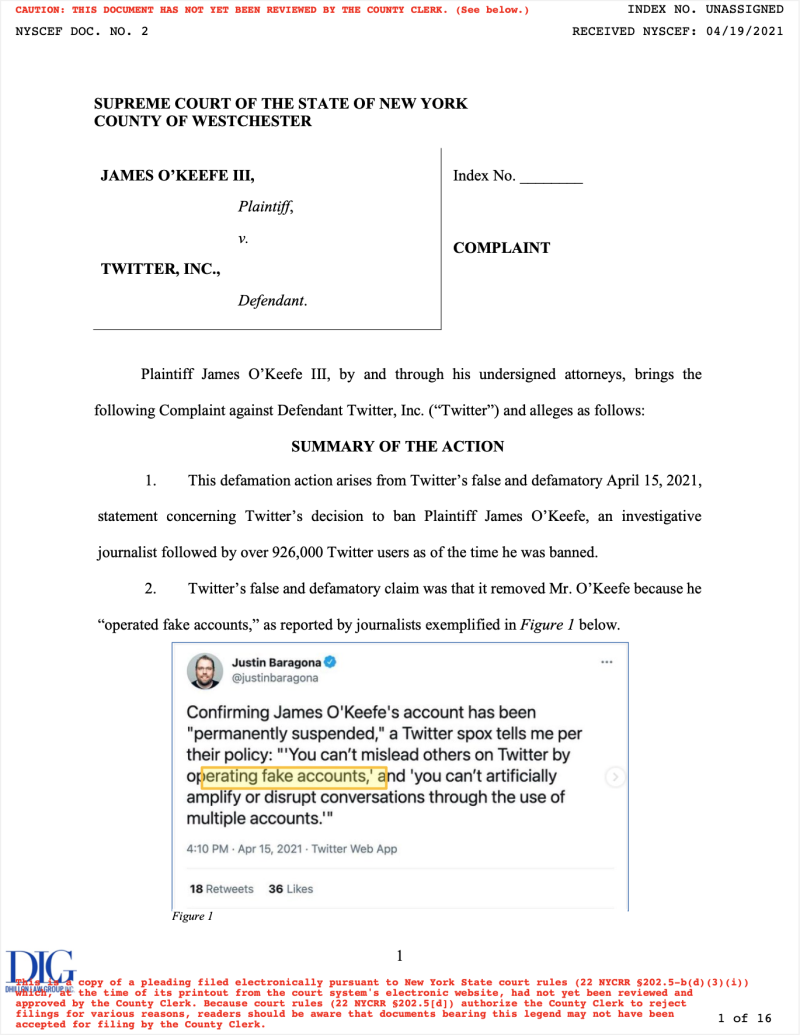 Twitter’s accusation of operating fake accounts was immediately challenged by O’Keefe, who maintains he has never done so. 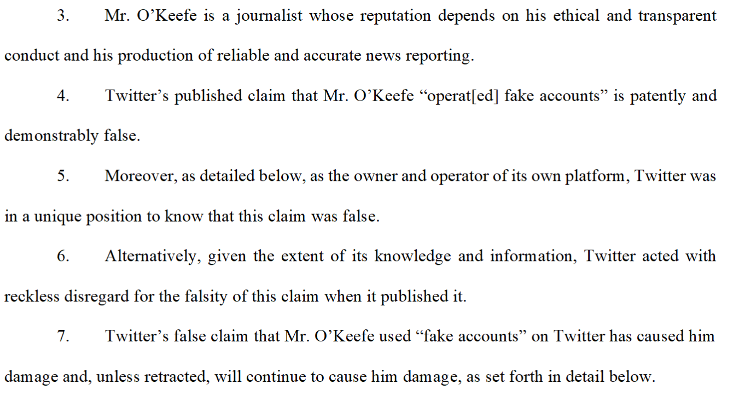 O’Keefe intends to show how Twitter acted with “reckless disregard” for the “falsity of this claim.”

Despite these efforts to silence the truth – Project Veritas will continue to seek remedy in the courts where the rule of law has final say.

Be Brave. Do Something. Make your stand, because the time is now. If you witness corruption, fraud or waste within institutions of power -- Send an encrypted message to our Signal: 914-653-3110. Or contact us at VeritasTips@protonmail.com.