In November, a brave USPS insider by the name of Richard Hopkins came to Project Veritas to blow the whistle on wrongdoing he had witnessed in his Erie, PA post office.

Hopkins told Project Veritas that he overheard his Postmaster, Rob Weisenbach, discuss plans for the backdating of ballots received after Election Day so that they would count in the election.

Veritas journalists recently approached Weisenbach to get comment on that explosive story:

Weisenbach declined answering any questions. It is unclear if he has anything to hide from the public when it comes to election integrity.

Here are some of the statements Hopkins originally made to Project Veritas in November: 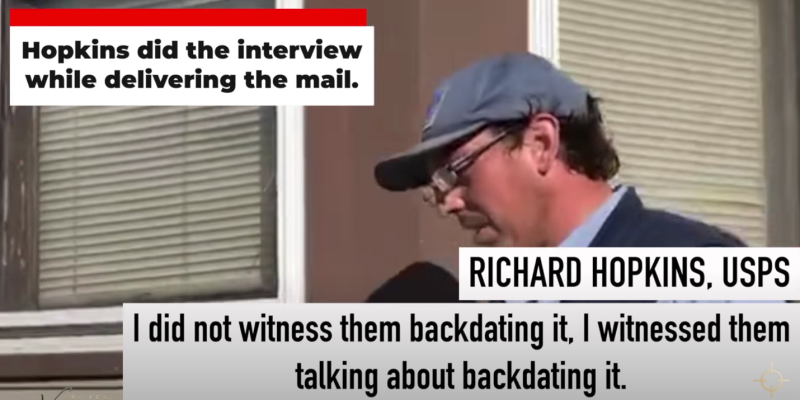 These allegations are quite serious, and answers are still needed in order for Americans to have faith in election integrity in this country.

Wherever there is fraud, especially alleged electoral fraud, Project Veritas will be there to investigate and ask the hard-hitting questions.

Anyone with information on election fraud can securely contact Project Veritas through the following channels: