Project Veritas is proud to announce the next nominee of the newest #FakeNews Award, “Best Clickbait, 2017” to Gideon Resnick & The Daily Beast. 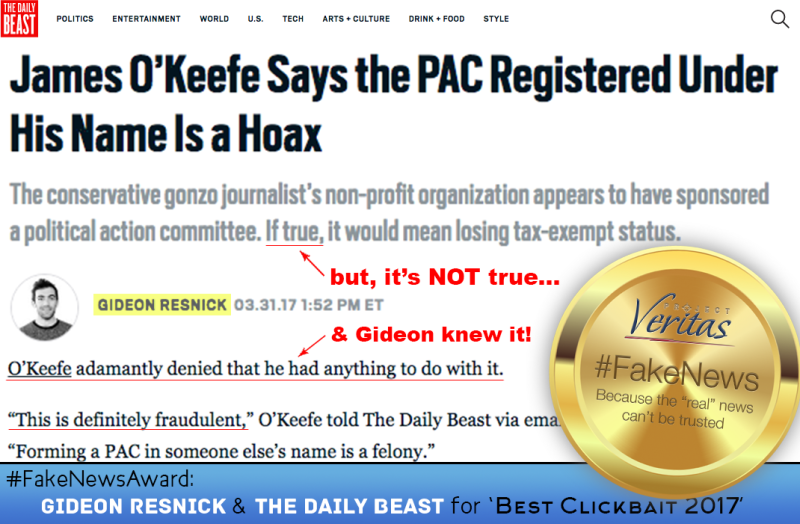 On March 31, Gideon Resnick of The Daily Beast published an article seeming to insinuate that James O’Keefe was guilty of a fraudulent act.

We got on the phone with @GideonResnick from @thedailybeast to see why he wrote his #ClickBait article so misleadingly. #FakeNews #Veritas pic.twitter.com/aKuE0qWmxB

The worst part? Resnick was fully aware that the act was fraudulent before the article was published:

If the FEC determines that Project Veritas did set up this PAC, they could lose tax-exempt status. https://t.co/nJ7Ie2jo1N

We asked Gideon to change the misleading headline, but he didn’t budge. In fact, he seemed to like his clickbait material so much, that he used it as a tweet.

Mr. Resnick seems to excel at writing clickbait #fakenews articles. In fact, it ‘appears’ to be the only type of article he knows how to write: 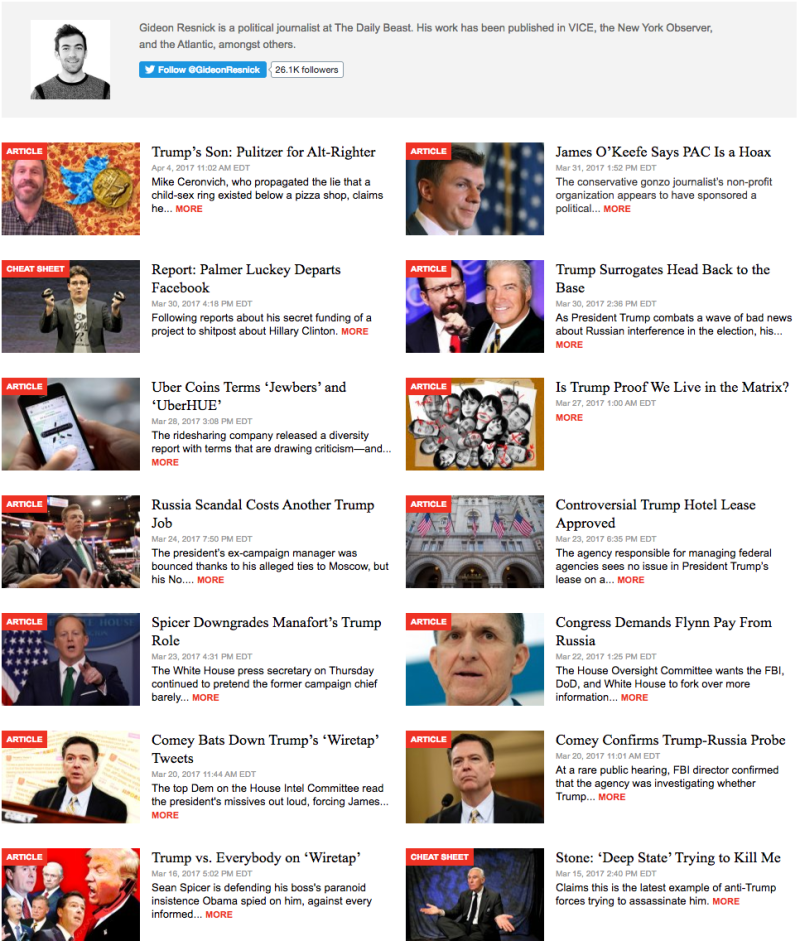 Considering his large body of similar works, we are excited to nominate him for “Best Clickbait, 2017.”