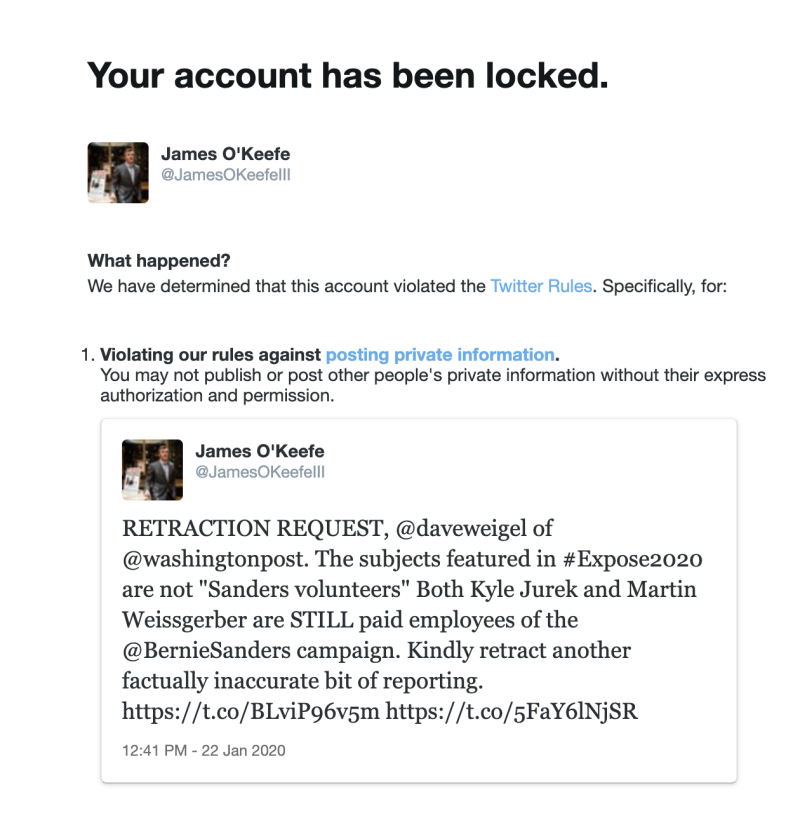 The tweet in question was sent on January 22 and was a retraction request to WAPO reporter Dave Weigel who had inaccurately reported about our #Expose2020 Sanders campaign investigation. Weigel said the subjects of our investigations were campaign volunteers, not true.

To prove the inaccuracy our Tweet linked to page found on the Federal Election Commission website showing the “volunteer” was in fact a paid staffer of the Sanders campaign. The Post reporter retracted his story. The information we reported is in the public domain, there is nothing “private” about it. 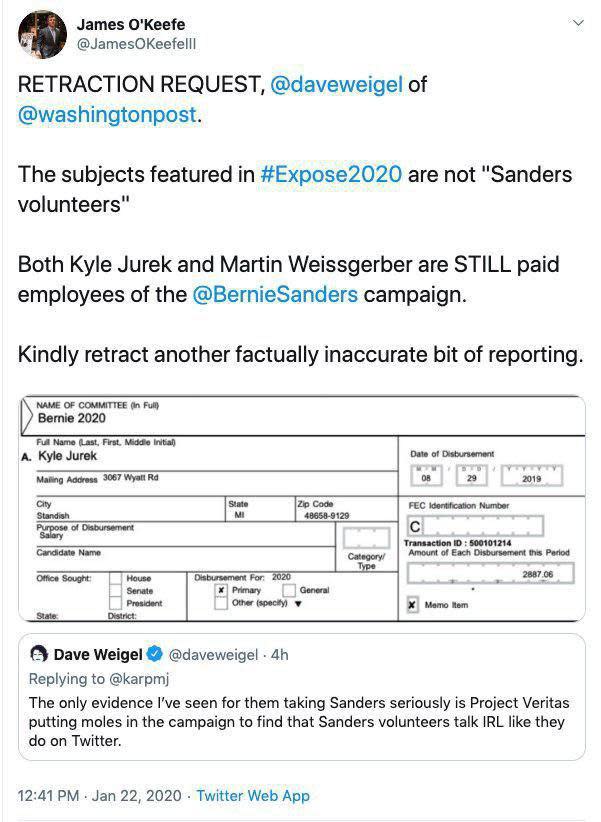 In fact, Kyle Jurek is a paid campaign staffer. And his radical comments were news,

KYLE JUREK, SANDERS CAMPAIGN FIELD ORGANIZER: If Bernie doesn’t get the nomination or it goes to a second round at the DNC Convention. F*cking Milwaukee will burn.

KYLE JUREK, SANDERS CAMPAIGN FIELD ORGANIZER: The billionaire class. The f*cking media, pundits. Walk into that MSNBC studios, drag those motherf**kers out by their hair and light them on fire in the streets.

After our release, the COO of the Bernie Sanders campaign ordered his staffers to avoid saying anything that would “reflect poorly” on the campaign. Too late. 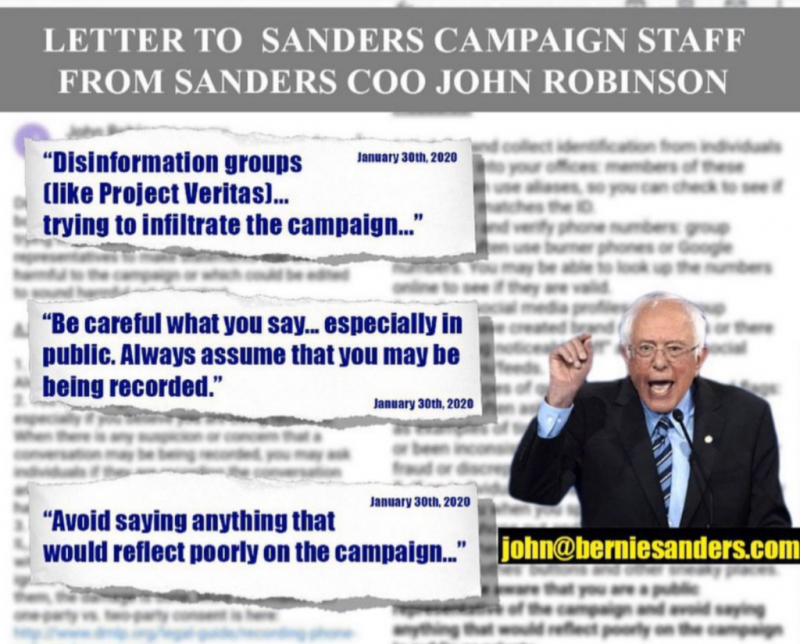