To honor Twitter’s outrageous collusion with CNN to censor journalism, Project Veritas has produced an epic response to the Mainstream Media and Big Tech OLIGARCHY.

This video is for everyone out there who has been defamed. Project Veritas will hold the corrupt oligarchy accountable.

We will SUE them.

We will DEPOSE them.

We will EXPOSE them. 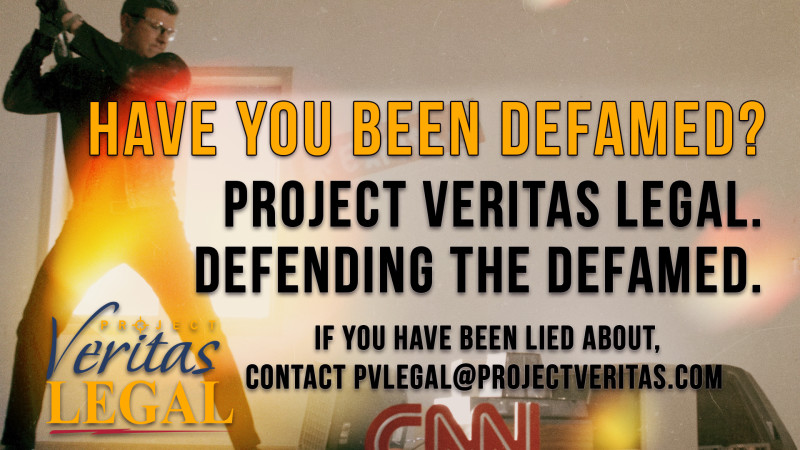 If you have been lied about by the media, email PVLegal@projectveritas.com.

As you know, we already filed lawsuits against CNN and Twitter. We are also WINNING our ongoing lawsuit against The New York Times. Veritas is UNDEFEATED in litigation.

Are you an experienced lawyer looking for a new challenge? Are you ready to take on corruption with Project Veritas? Get off the sidelines and join the fight to expose the powers that be. Apply now to become a part of PVLegal's fast paced and growing legal team.