This Project Veritas investigation exposed a taxpayer-funded soiree filled with nefariously jubilant teachers and union- leaders boasting about their incorrigible behavior. In the video, Passaic teacher Alissa Ploshnick says, you "basically have to be in the hallway f***ing somebody" in order to lose tenure. She also relayed an incident about a fellow teacher who used a racial slur against a student, but was not fired. The Star-Ledger printed a correction in their rush to condemn the messenger. NJEA Spokesman Steve Wollmer initially falsely claimed our tapes were doctored and out of context, before more tapes were released. However, Governor Chris Christie called the video "enlightening and enraging," adding, "this video is not about the things they say about me. This is video is about the things they say about themselves." “He’s a bastard,” said Montclair Education Association President Marge Asterino about the NJ Governor.

When undercover Reporter Christopher Heneghan asked about teachers abusing children, Bloomfield Education Association Vice-President Ann Post commented they would "absolutely" side with the teachers and added, "With all things the pendulum swings. So right now it's way over here as far as student rights."

The conversation with Annette Alston, President of the Newark Teachers Association, shows that she did the right thing in making it clear to our reporter that the union would not protect him in criminal circumstances. "If it's a criminal situation tenure is not going to mean anything." But the instinct of her then giving him strategic advice to put out a flame before it ignites into a fire, showcases the union putting fraternity before morality.  While the video doesn't indicate illegal malfeasance, the moral and ethical vacancy of union culture was put on on display.

Alissa Ploshnick, a New Jersey teacher captured on the video was suspended

“Alissa Ploshnick’s unintentional starring performance in the “Teachers Unions Gone Wild” video included, among other things, using the “N” word and joking about how hard it is for tenured teachers to be fired. It was all caught on tape at a hotel bar during the weeklong conference in August.” NJ.com 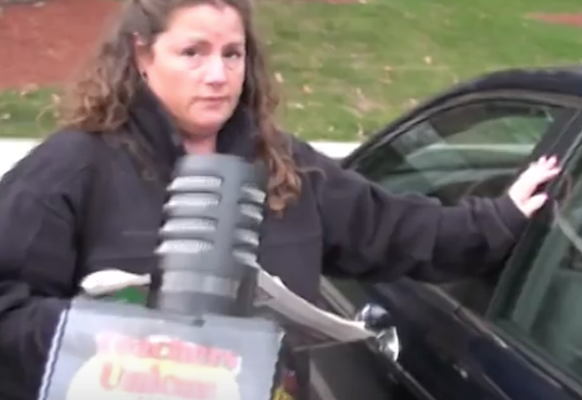 Governor Christie responds to the remarks captured on hidden camera

In Part I of Project Veritas' investigation into The New Jersey Education Association (NJEA), our undercover journalists expose rampant corruption and tenure abuse. One of the most egregious perpetrators captured by our hidden cameras was Alissa Ploshnick. In Part II of this investigation, Project Veritas President James O'Keefe catches up with Ms. Ploshnick. When confronted about being caught on hidden cameras making a comment about a fellow teacher who called a student the N-word and was not fired, Ms. Ploshnick, a special education teacher in the Passaic Public School District, covered her face with a newspaper and started walking towards O'Keefe (presumably to break his camera). Eventually, Ms. Ploshnick got into her car and proceeded to trail O’Keefe on Route 80 in an apparent attempt to follow him home.

Part II of this investigation also features a phone call made to the Assistant Superintendent of the Passaic Schools, Dr. Lawerence Everette, in an effort to uncover what happens to the teacher who used direct racial pejoratives and other unprofessional communication with his/her students. Posing as the father of a student who had been verbally abused with racial pejoratives, a Project Veritas Journalist called Dr. Everette for comment. “We cannot just walk in and fire a tenured teacher… We can take certain disciplinary measures… but if you’re thinking that Monday, this teacher will not be in front of a classroom, no that’s not gonna happen,” Dr. Everette commented.  "The solution suggested in regard to such a situation would be to transfer the child to another class, upon request of the guardians of that child."  When asked if the student could in fact be moved to a different classroom by the alleged concerned father, Dr. Everette was reluctant, asking the father for more time to find out if there would even be enough room in a different classroom to place the student.  If there were not, the child would be forced to stay in the same class with the teacher who used such impolite and offensive language with him/her. 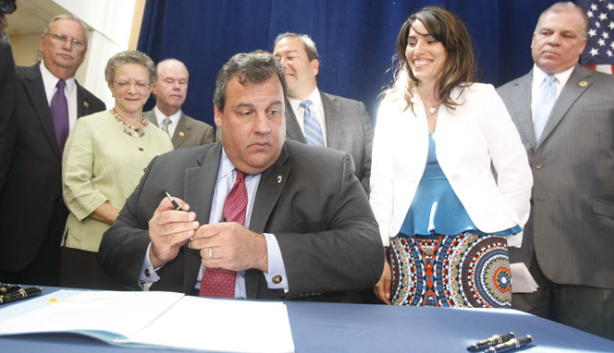 Teachers across New Jersey were speaking about the Project Veritas Video

“A series of videos produced by conservative activist James O’Keefe showing members of the New Jersey Education Association using racial slurs and chanting about kicking Gov. Chris Christie “in the toolbox” are compiled of authentic footage, according to a spokesman for O’Keefe.” NJ.com 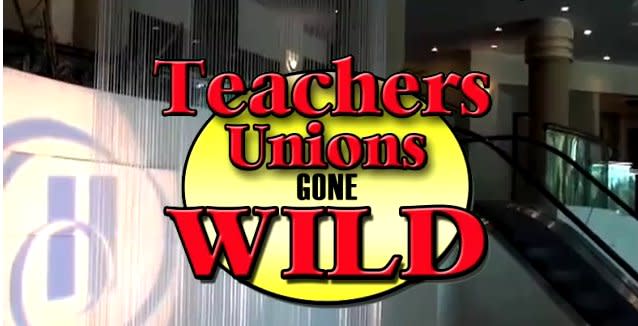 Happy Holidays from the Teachers Unions

A video collaboration of NJ Teachers Unions brag about tenure in NJ, call Christie a “bastard,” say they would “absolutely” side with teachers over kids in abuse situations.

10/27/10 Coverage of the Project Veritas undercover video shining light on the NJEA-Governor Christie rift by the New Jersey Star-Ledger NJ.com

11/11/10 New Jersey Star-Ledger reports that N.J. teacher Alissa Ploshnick’ was suspended and denied a pay raise after being filmed on hidden video by Project Veritas at NJEA conference NJ.com