Joseph Scaffido, Assistant Dean at Cornell University, was captured on hidden camera advising a Project Veritas investigative journalist on how to start and fund a pro-ISIS club on campus, how to obtain funding to send care packages to ISIS and Hamas, and astonishingly, how to bring a member of ISIS to Cornell to run a “training camp.”

In a statement, President Emeritus David Skorton called the video “shoddy journalism” and said the idea that an ISIS club could exist at Cornell was “ludicrous” and “offensive.” The Cornell Daily Sun

Following a similar shocking video at Cornell University released by Project Veritas, Barry University officials in Florida also sanctioned a pro-ISIS club with the stated goal of sending material support to ISIS. The undercover Project Veritas reporter, who was an honors student at the school, captured her school officials agreeing to the creation of a club called “Sympathetic Students in Support of the Islamic State of Iraq and Syria” and fundraising efforts on campus to send financial support to the ISIS fighters living in the Islamic state, as well as their family members. The only suggestion made by Barry officials was to change the name of the club “because technically our country is at war with ISIS.” 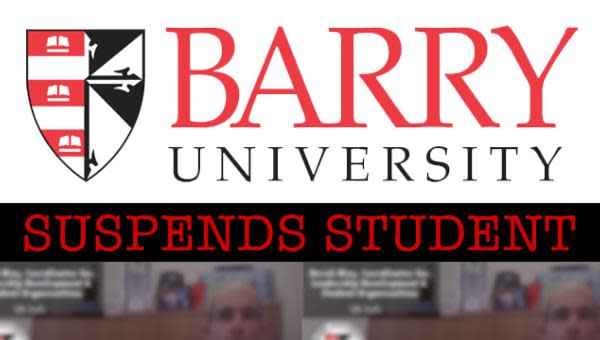 Barry University President Sister Linda Bevilacqua: “Barry University does not and never will allow or authorize the formation of an ISIS-related humanitarian aid group on campus.”

The Lucky Charms investigation was James O’Keefe’s first video undercover video. “We wanted to bring a matter to your concern. We noticed that the dining halls here at Rutgers serve Lucky Charms, and we think that this promotes negative stereotypes of Irish Americans. And we don’t think that’s acceptable in an academic setting, especially one of higher learning.” He convinced his Dean at Rutgers University that Lucky Charms were racist and insensitive to the plight of the Irish people, and for that reason, they should be banned from the Rutgers campus cafeteria.

Due to the complaints, Lucky Charms were banned from the Rutgers University. The same undercover video investigation was replicated on other college campuses. Project Veritas

4/1/15 ABC 10 was forced to make a live on-air retraction about an incorrect statement they made about James when reporting the ISIS Club story in Florida. ABC 10

3/25/15 "Editorial: Video about Cornell dean and ISIS is wildly misleading and dumb" The Ithaca Voice

4/9/2015 "Project Veritas has released a video showing faculty members, professors and students at California university campuses signing a pledge to support terror with 1 percent of their incomes." WND