Who is James O'Keefe? 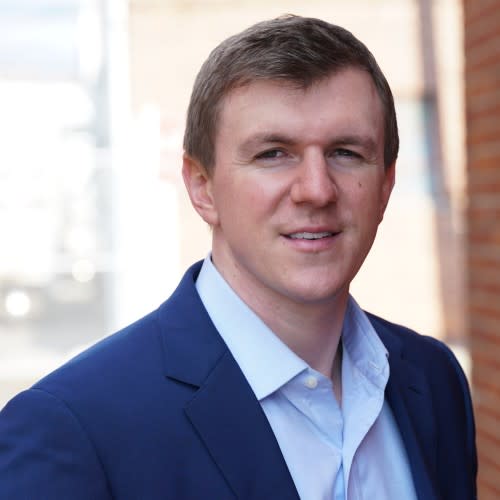 James O’Keefe founded Project Veritas and Project Veritas Action after he had pulled off some of the most consequential undercover journalism coups in a generation, so he could have an organization dedicated to reviving the craft of undercover journalism. These two organizations are non-profits dedicated to investigating corruption, dishonesty, waste and fraud in public institutions and the private sector.

The undercover journalism O’Keefe has pioneered at Project Veritas relies on the most modern digital and video technology infused with the legacy of the great investigative journalists of the past, such as Nellie Bly, Mike Wallace, Gunter Wallraff and Woodward and Bernstein. 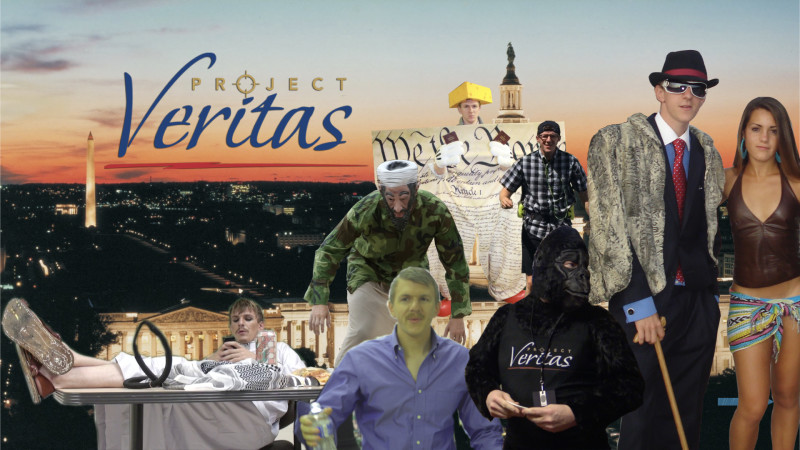 In 2007, O’Keefe and Lila Rose recorded Planned Parenthood staffers
ready to accept a donation from O’Keefe would only be used to abort African-America children and working with Rose, pretending to be a pregnant 15-year-old, to conceal her age, so Planned Parenthood could abort her child without reporting to the police what would be a prima facie statutory rape case.

O’Keefe first walked on the national stage in 2009. At the suggestion of Hannah Giles, she and O’Keefe went into offices of ACORN, the Association of Community Organizations for Reform Now, purporting to be a pimp with his prostitute.  Using camera hidden in O’Keefe’s necktie, they recorded the staffers in ACORN offices around the country explain to them how to lie on tax and welfare forms, bury cash in a tin box underground and how to declare the underage Salvadoran females O’Keefe claimed to be trafficking into the U.S. to become prostitutes as his dependents.

Working with Andrew Breitbart, a friend and mentor to O’Keefe, he and Giles unleashed one of the biggest political scandals on Capitol Hill since the impeachment of President Bill Clinton, ten years prior. The series of videos from ACORN offices around the country led to the group’s collapse, as it also lost federal contracts with agencies, such as the Census Bureau. As other reporters got involved, including The Wall Street Journal’s John Fund and The American Spectator’s Matthew Vadum, which led to the uncovering of more corruption. Ultimately, the House and Senate, both controlled by Democrats, voted to defund ACORN and President Barack Obama signed it into law.

In the following years, O’Keefe and Project Veritas journalists released investigative reports led to a reduction of federal funding to National Public Radio, as well as numerous NPR executives being fired and or retiring. Another investigation into the private group Enroll America, led to its director getting fired and a series of congressional field hearings focused on fraud inside Obamacare navigator program.

Health and Human Services Secretary Kathleen Sebelius resigned April 10, 2014, three weeks after the Government Accountability Office documented her role in the raising money for Enroll America in her official capacity from organizations doing business with her department.

In 2016, Project Veritas and Project Veritas Action released videos exposing key Democrats not only admitting voter fraud exists, but also showing how to successfully commit it on a massive scale. In New York City, Democratic Election Commissioner Alan Schulkin admitted on a hidden camera voter fraud was rampant in his city and it was allowed to flourish to the benefit of the Democratic Party. Additional videos released that year exposed consultants hired by the Democratic National Committee and Hillary Clinton’s presidential campaign conspired to foment violence at rallies held by candidate Donald Trump’s campaign. The investigation has been credited with exposing the dark side of the Clinton campaign’s tactics.

O’Keefe turned his attention to the mainstream media in 2017 and the Project Veritas investigations into CNN became the No. 1 trending videos in the United States. This investigation exposed CNN’s anti-Trump bias and raised serious questions about the news organization’s credibility.

Just days before the 2017 Presidential inauguration, O’Keefe and Project Veritas reporters infiltrated the Antifa-linked DisruptJ20 movement to conduct an undercover investigation at meeting at Washington’s Comet pizzeria, where the agitators plotted how to violently disrupt President-elect Donald Trump swearing in a planning meeting. After viewing the footage, O’Keefe turned it over to the FBI, the Secret Service and the capital’s Metropolitan Police Department, which led to the arrest of Scott Charney, Paul Kuhn, and Colin Dunn, charged with conspiracy to commit an assault.

The team kept up the investigative pressure in the 2018 Senate races by helping retire incumbent Democratic senators in Missouri, North Dakota and Indiana. Undercover journalists captured one candidate admitting that she had “a bunch of Republican voters” at home, but the she and Obama “essentially have the same views,” and the “people just can’t know that.”  As a result, his team was credited with helping maintain the conservative balance of power in the U.S. Senate.

In 2019, O’Keefe launched the Project Veritas “Be Brave. Do Something” campaign. The campaign’s focus is to recruit insiders at organizations who will come forward to Project Veritas and choose to become vehicles of change, catalysts for citizen empowerment and have the will to inspire moral courage.  These groundbreaking investigations into social media giants, Pinterest, Google and Facebook exposed practices, such as Facebook’s “deboosting” of users, posts and comments.

One of the insiders, a Pinterest software engineer, Eric Cochran, came forward with evidence that Pinterest targeted posts by the pro-life organization LiveAction, led by Lila Rose.

Another revelation was when Google engineers were recorded revealing Google’s not so hidden agenda in “Algorithmic fairness”, news blacklists and “human raters,” once again, the findings were so compelling that O’Keefe gave the footage to the Department of Justice, along with more than 950 pages of leaked documents.

On Capitol Hill, the investigations led to House and Senate hearings, where lawmakers grilled social media executives the contrast between the public statements and the Project Veritas findings. It was a direct result of these Project Veritas investigations, which reveals the practice of shutting down a user’s access to their online community without notice that the term “shadow banning” entered the lexicon.

This social media awakening culminated with President Donald Trump calling a July 11, 2019 “Social Media Summit” in the White House’s East Room. In the middle of his prepared remarks, the president caught sight of O’Keefe and saluted him for his impact.

One of O’Keefe’s most recent impactful investigations was ABC News anchor Amy Robach telling people in the studio, but off-camera, that her bosses at ABC News spiked her expose of pedophile Jeffrey Epstein. The “Good Morning America” anchor told her studio crew her report would have also implicated President Bill Clinton and she doubts Epstein took his own life. The Robach video was viewed and shared by tens of millions of viewers around the world as America’s mainstream media and international media outlets could not ignore this scoop.

Earlier this year, ABC News produced Project Veritas’ next big scoop. This time, it was a hidden camera recording in a crowded bar of veteran ABC News political reporter David Wright on the night of the New Hampshire Primary voicing personal views and the network’s bias against President Trump. At the time, Wright was the assigned to the network’s “Nightline” program, where he reported on the presidential campaign.

Before the Wright tape was released, O’Keefe met with a senior official at ABC News to give them the opportunity to respond. Further,  O’Keefe said he did not support ABC’s decision to suspend Wright because of his personal beliefs.

Aside from leading Project Veritas and Project Veritas Action, O’Keefe is the author of two best-selling books, Breakthrough: Our guerilla war to expose fraud and save democracy, published in 2013, and American Pravda: My fight for truth in the era of Fake News, published in 2018. Both books are personal and revealing works about both his experiences on the line of scrimmage of American democracy and his take on what mainstream media has become and what it should be.

“My old friend and colleague, James O’Keefe, who I met many years ago.” “I urge people to give to James’ program, it is the tip of the spear.” - Roger Stone

“I would pretty much crawl over broken glass to do anything that James O’Keefe asked me to do because he is in my view one of the most important figures in modern American journalism.” Michelle Malkin

“We have raised alarm bells on this show about the terrifying power that big tech now wields over your private life. We now have even more evidence of that power thanks to new video from undercover reporter James O'Keefe's "Project Veritas". - Tucker Carlson

“O’Keefe is doing the kind of things that if anybody can, maybe change journalism.” - Rush Limbaugh